Summing up the salmon fishing season by 2015. Part 3 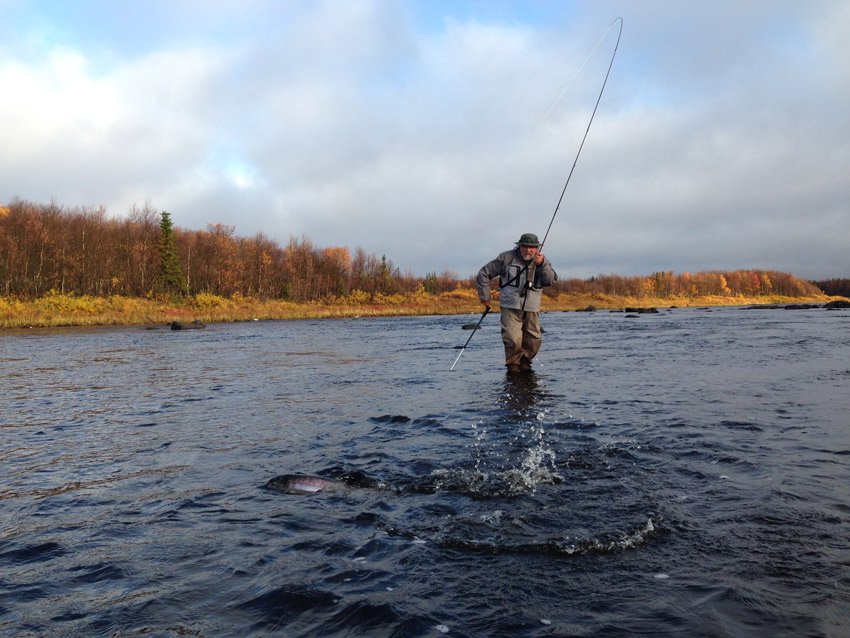 Last week of September - the peak of fresh salmon run. The water level after past rains increased by 5 cm. This considerably improved the situation on the river, though temperature of the water in the first days of the week remained high - 10 degrees. In the following days the temperature began to fall, and we rightly expect activation of salmon in the river. Indeed, we were able to catch really fresh salmons still with lices on the body. But still most of the fish caught were those ones who entered the river early in September. These were medium-sized salmon weighing from 2.5 to 3.5 kg. It was noticeable that the big salmons were jumping along the river but still does not want to react to the fly.

The vast majority of the salmon we caught on parts of the river where the main current passed through the rocky areas. On the ground, the slow passage of fish was a lot, it was evident from her jump. But these fish almost did not react to fly. It could be assumed that the fast sections was more fresh and active fish. But on the deeper and more quiet areas we saw jumping completely different color fishes. Among them were numerous enough fresh salmon with a silver body color. New fly and changing the presentation (deeper, faster or slower) are not allowed to sustained success. But the fish shoals and waterfalls attacked the fly if we were able to determine the position and carry fish bait as close as possible to it.


By the end September the water level began to drop again at the same time with a sharp decrease in temperature water. The steady north wind brought cold and caused freezing.The water temperature in the river quickly dropped below the comfort zone from 8 degrees to 6 and 5 degrees. Ally's shrimp was still most effective fly but the flies like Sunray Shadow showed some good results in the fast water with aggressive presentation. During this week it was pretty convinient to fish with light double hand rods. But distance of fishing was still not high, not exceeding 15 meters,exceptions were big pools. 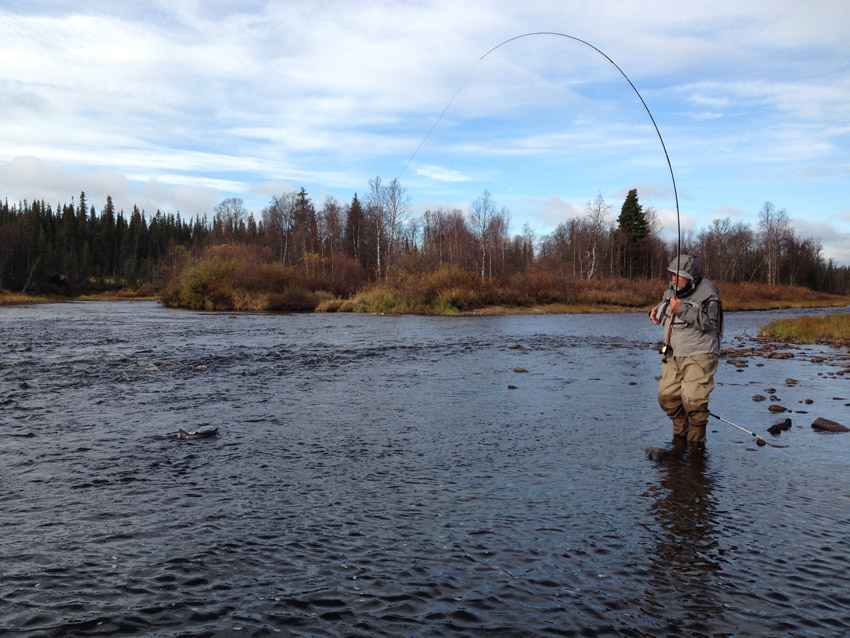 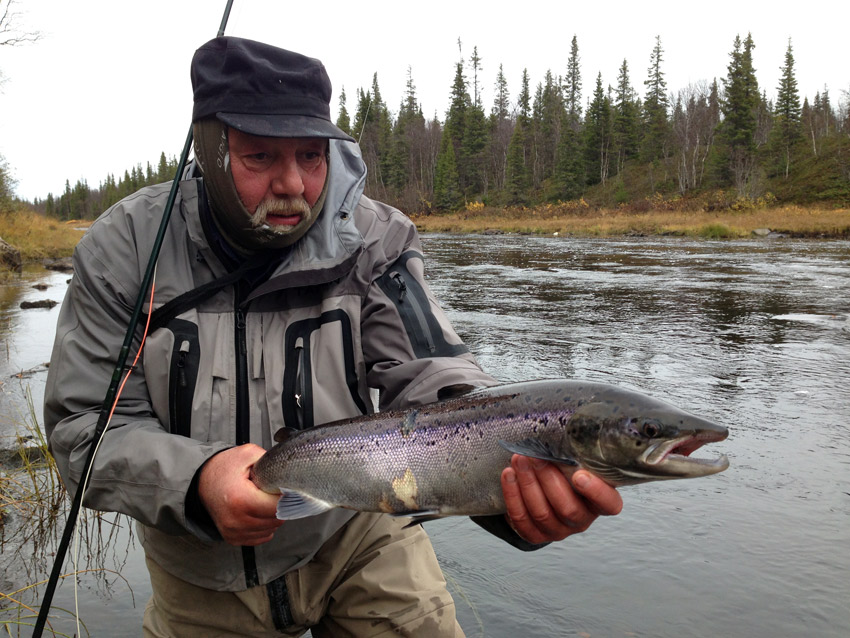 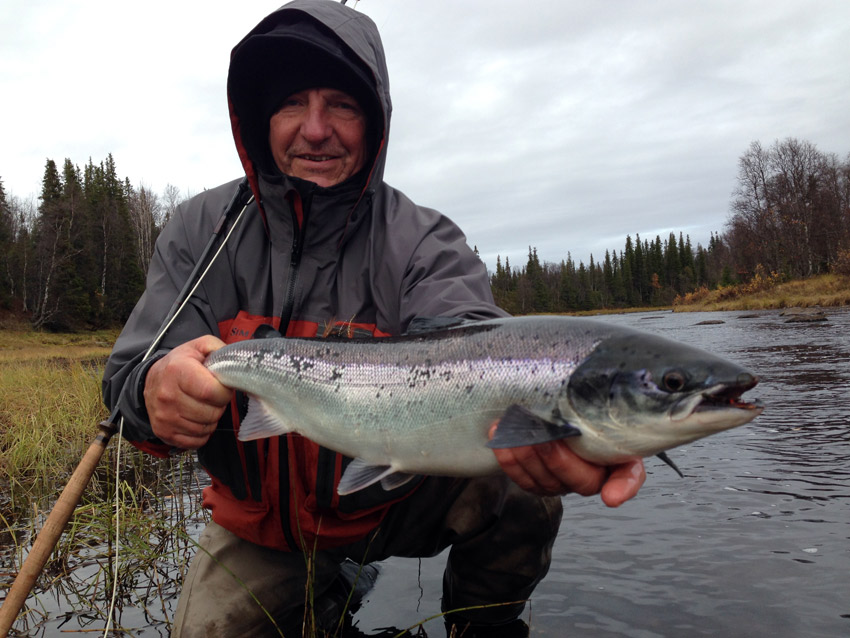 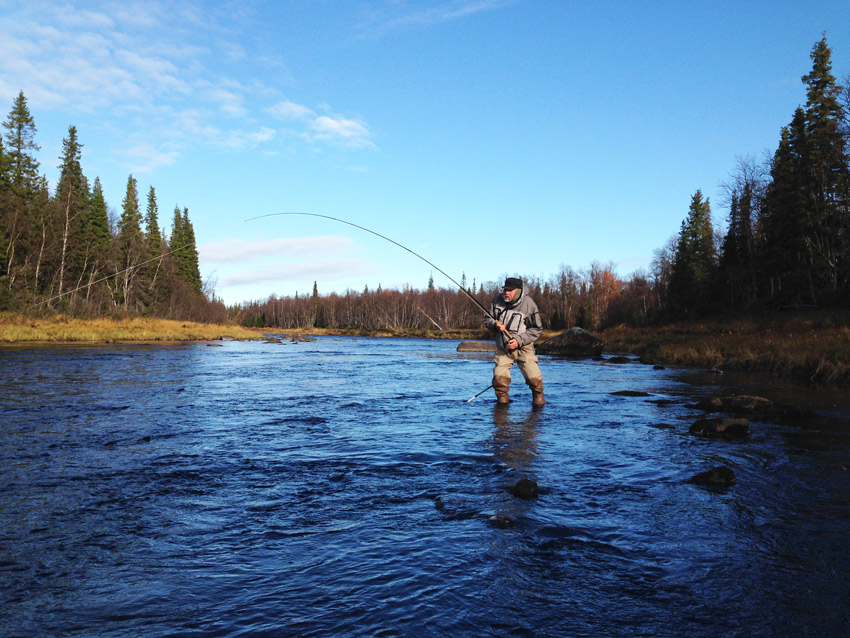 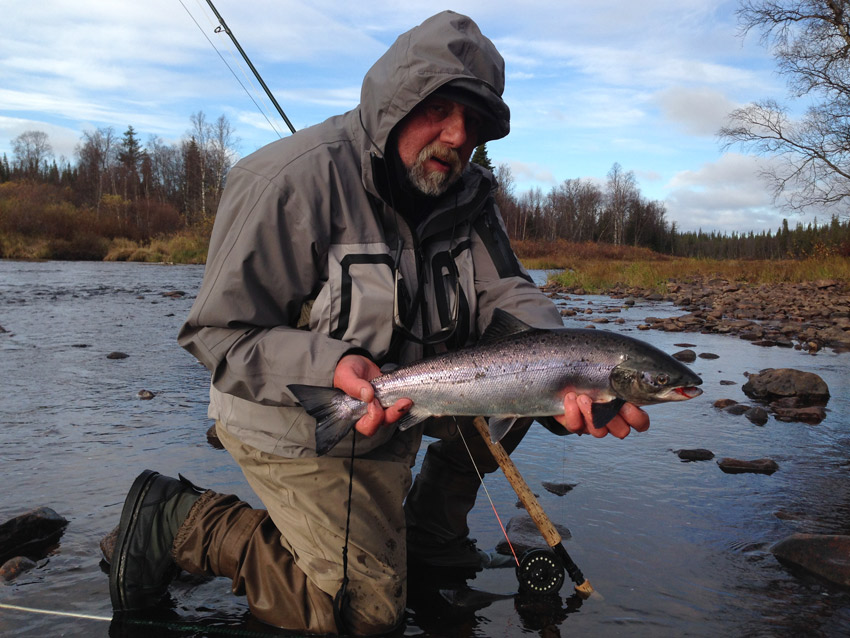 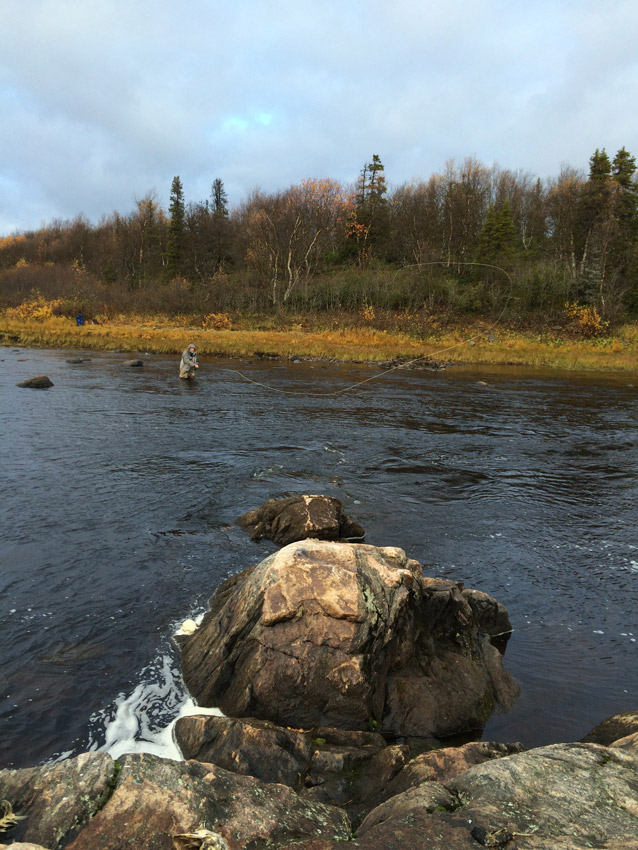 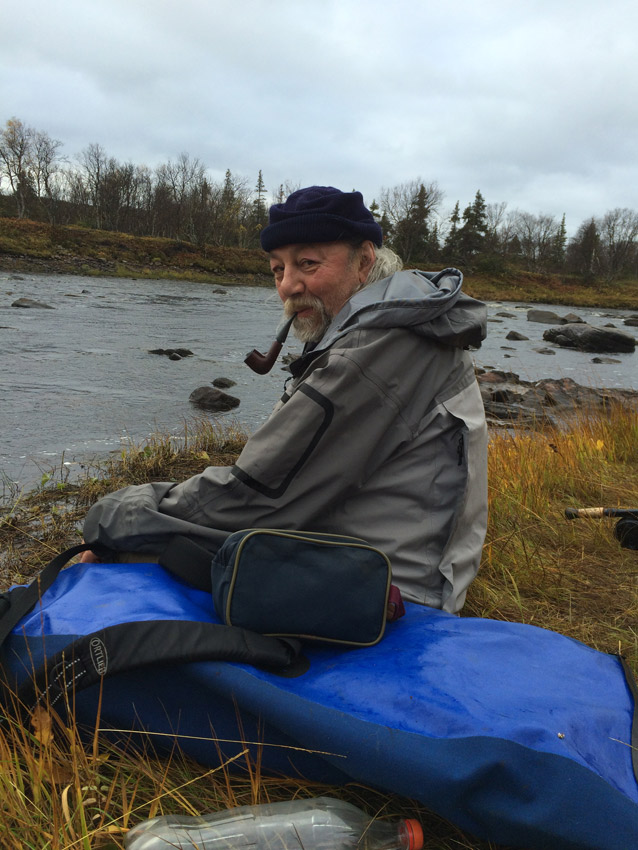 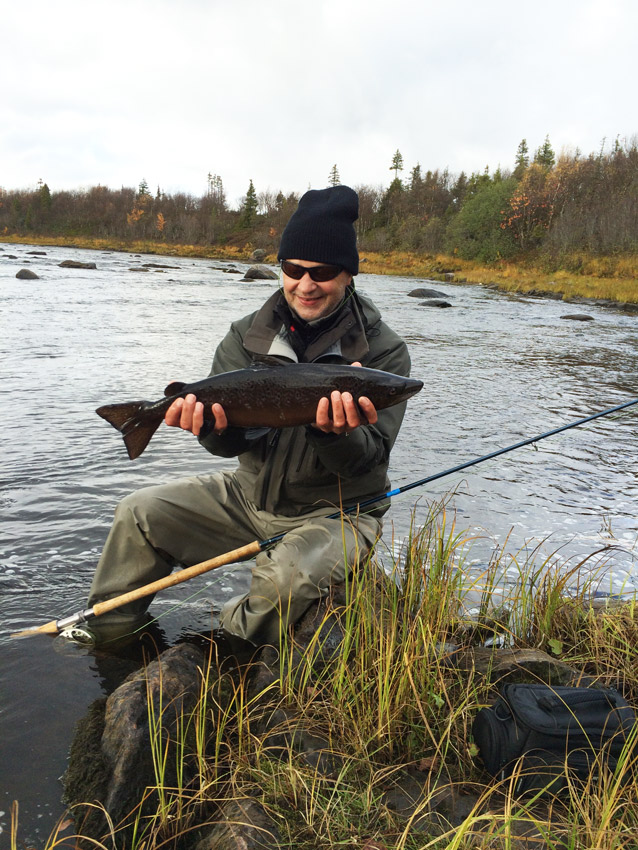 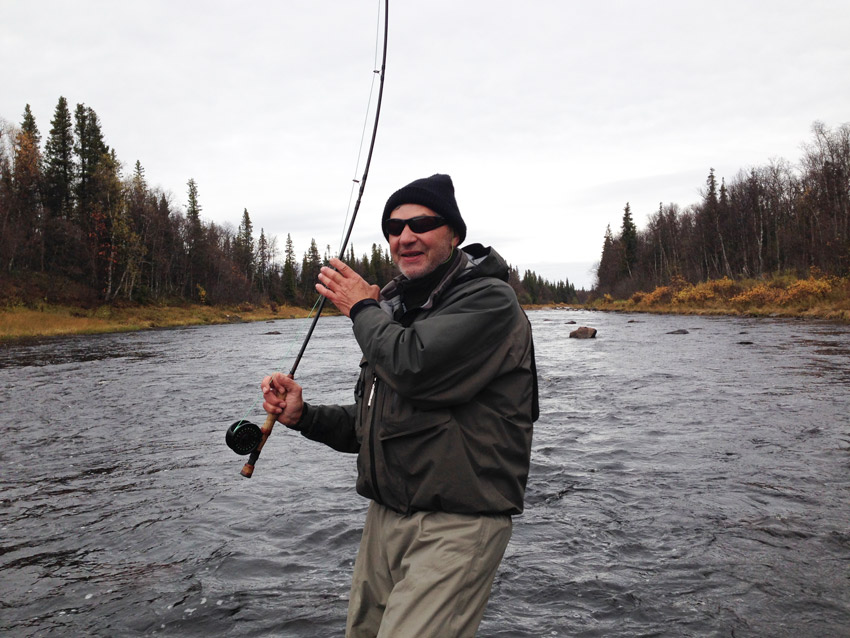 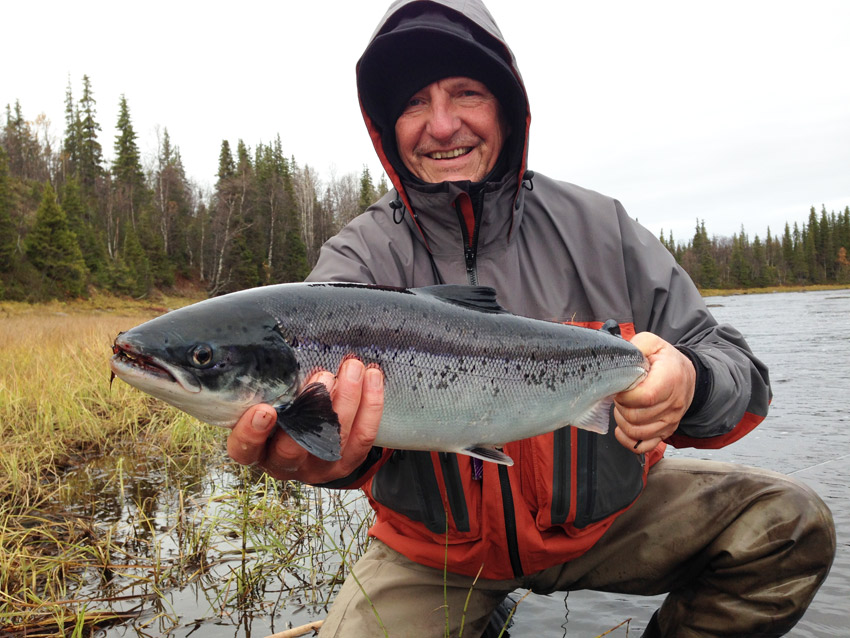 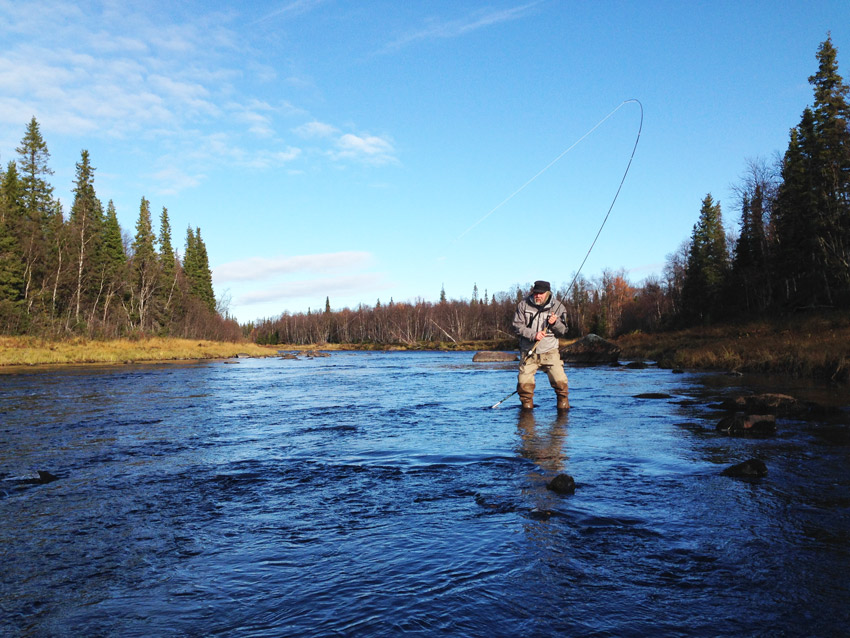 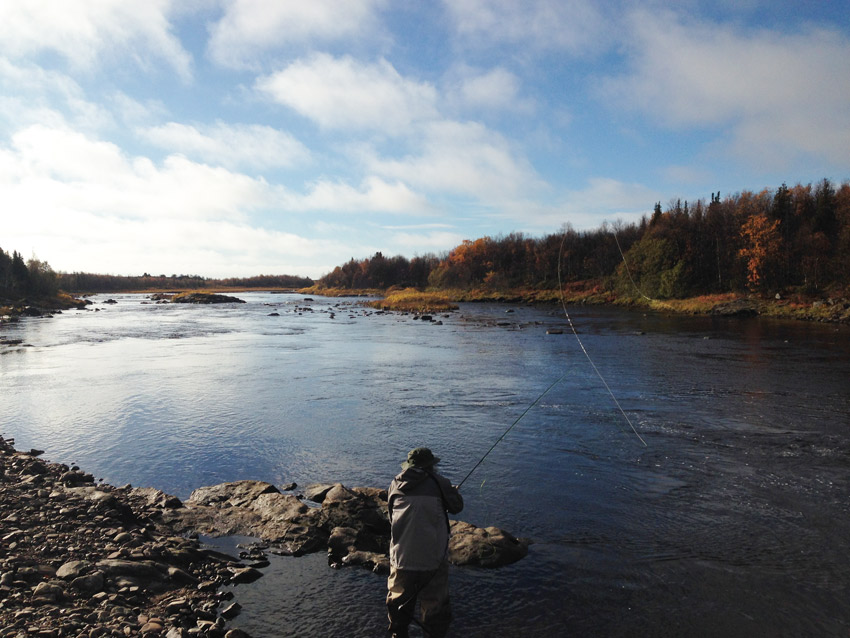 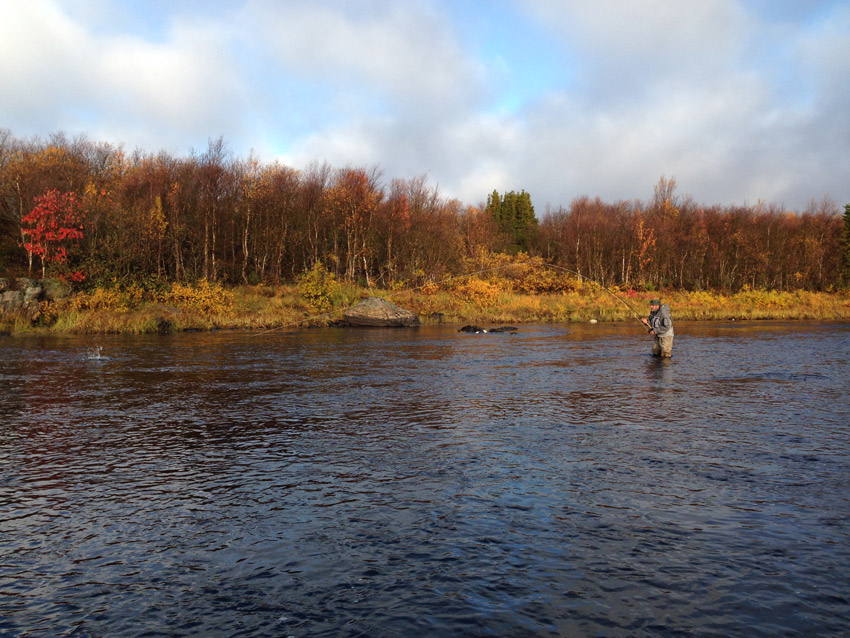 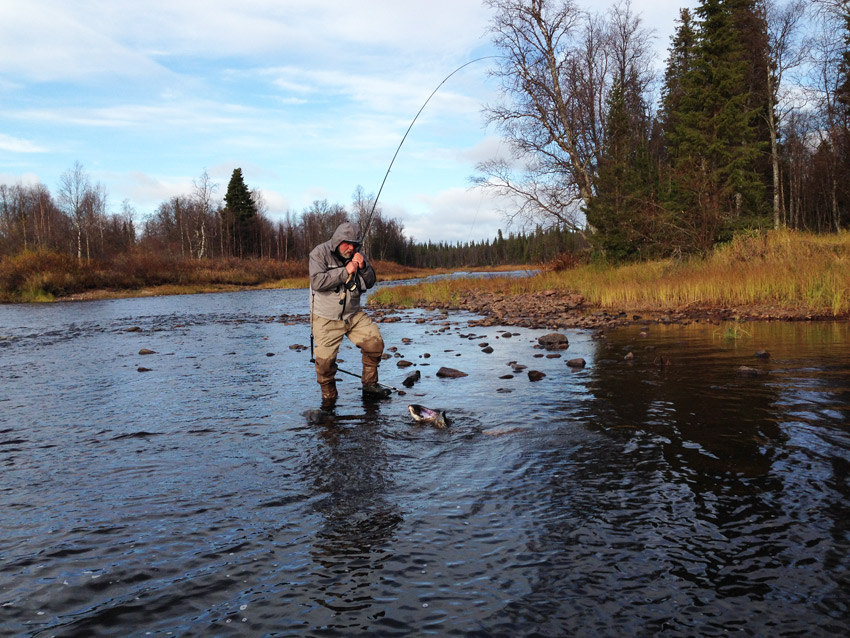 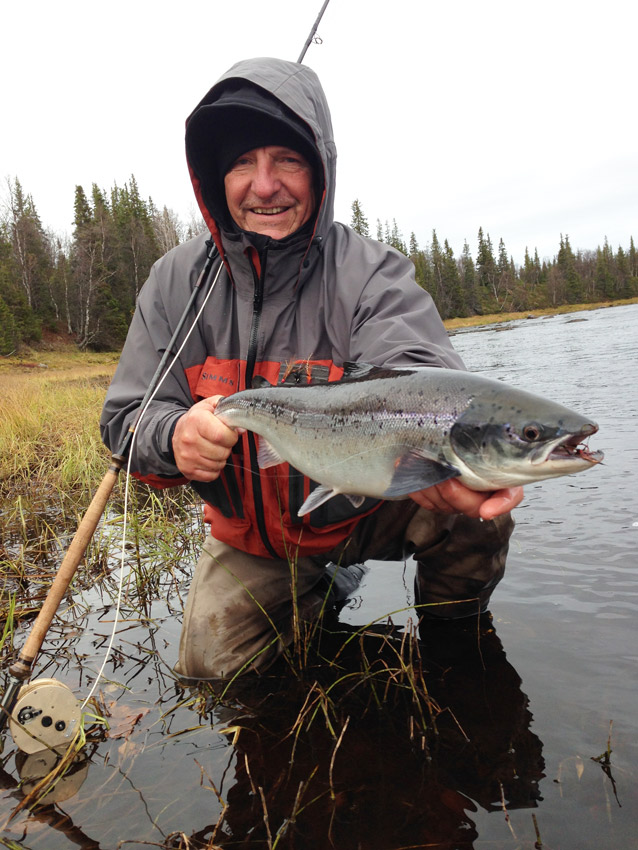 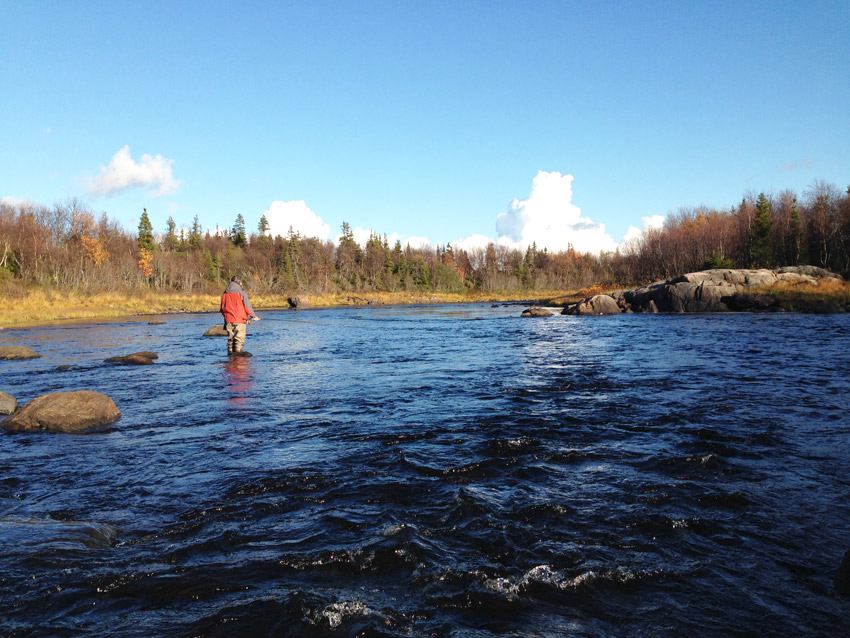 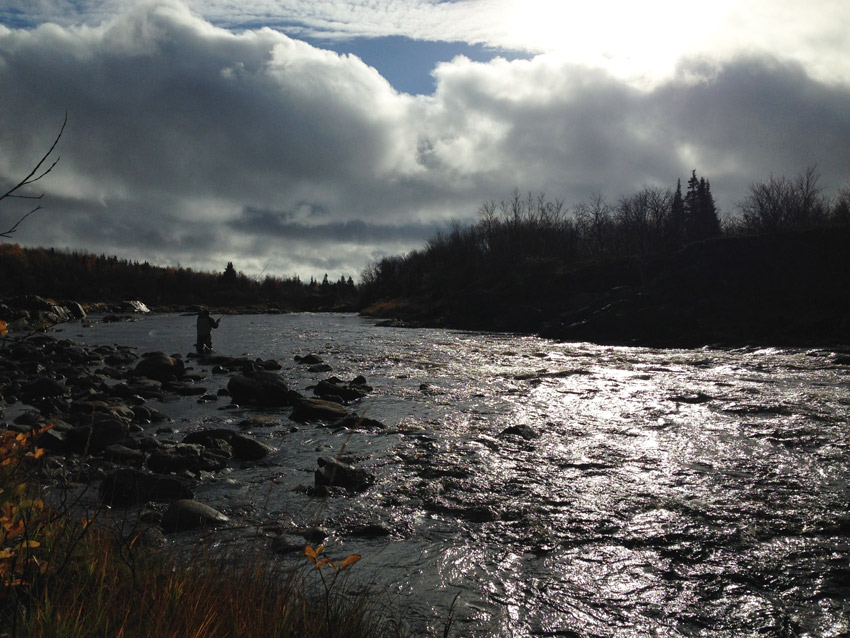