Summing up the salmon fishing season by 2015. Part 5 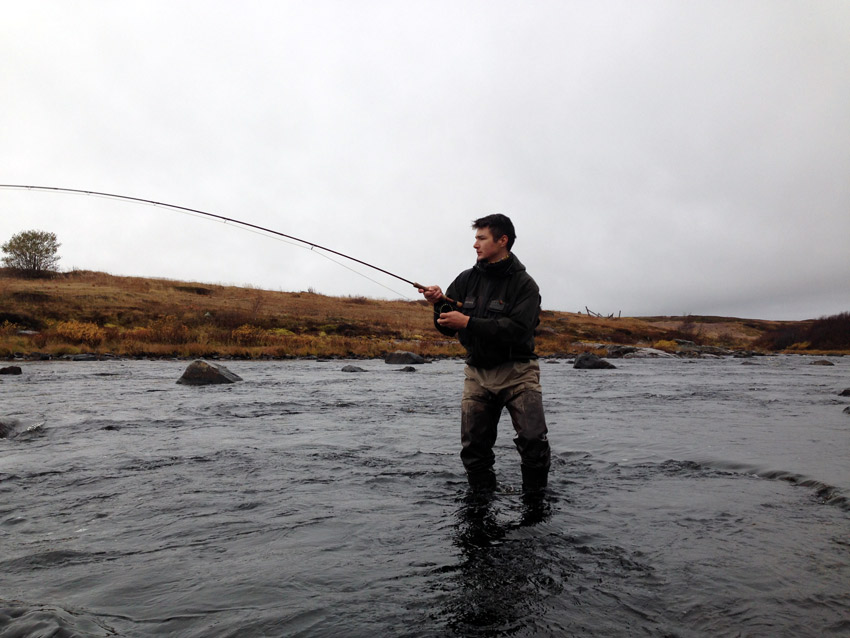 Middle of October, despite our fears, proved to be the most successful in the fall season. Probably, the reason for the improvement in the weather. Although the water level in the river was far from optimal, but the weather noticeably improved, its became warmer. Cold, north wind stopped. The air temperature went up to 8-12 degrees. Instantly the water temperature in the river rose to a comfortable 6 degrees. Salmon immediately responded to this change in the state of the river.

13-15 October we noticed an increased number of fish that entered with the tide of the sea and went up the river rapids. Salmon has not went far up, taking all the deep holes in the lower section of the river. Interestingly, we managed to catch a nice salmons on fast rapids and waterfalls. Particularly successful was the afternoon, coinciding with high tide. But our  catch results in the pits and deep pools where fish gathered have been much worse. Salmon preferred not to rise from the bottom, which made fishing in deep pools hard. It was still effective to fish on Ally`s shrimp and medium-sized Sunray Shadow in different versions temporarily restored their relative effectiveness. Apparently, the low water level affected activity of the fish and suspended the run of the really big fish from the sea. I think by analogy since autumn 2014 season, the biggest fish in the river will be later, probably in late October or in November .. But, to our regret, the season of salmon fishing in the river is finished. According to our information similar situation happened in the river Strelna. If the weather allows, and intensive salmon run continue in the coming weeks, the beginning of the season 2016 can be very interesting. 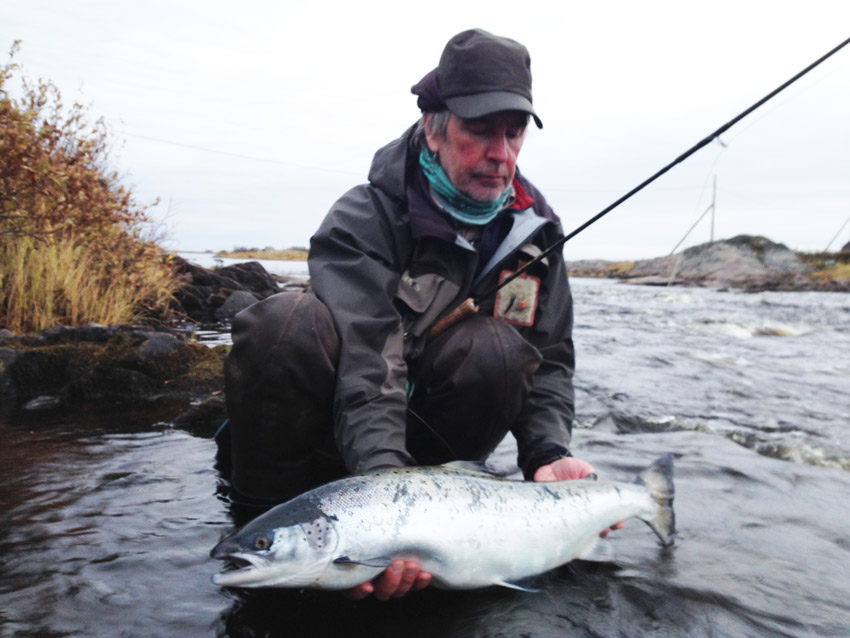 (Chief with fresh fish, caught not far from estuary) 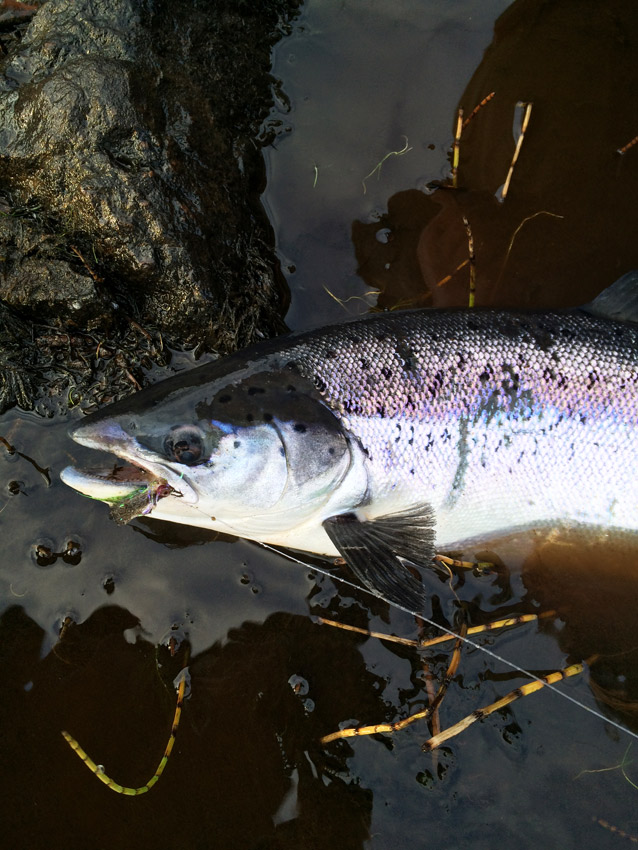 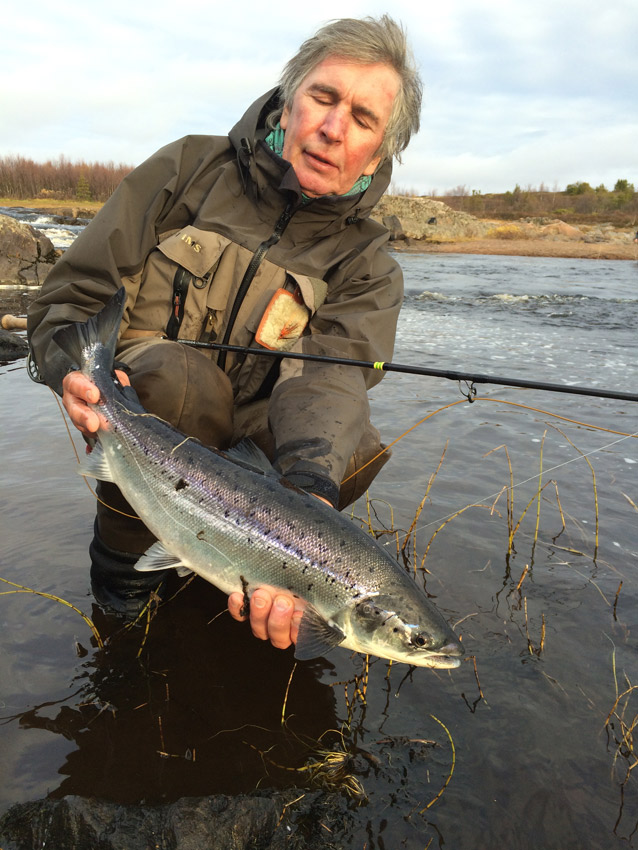 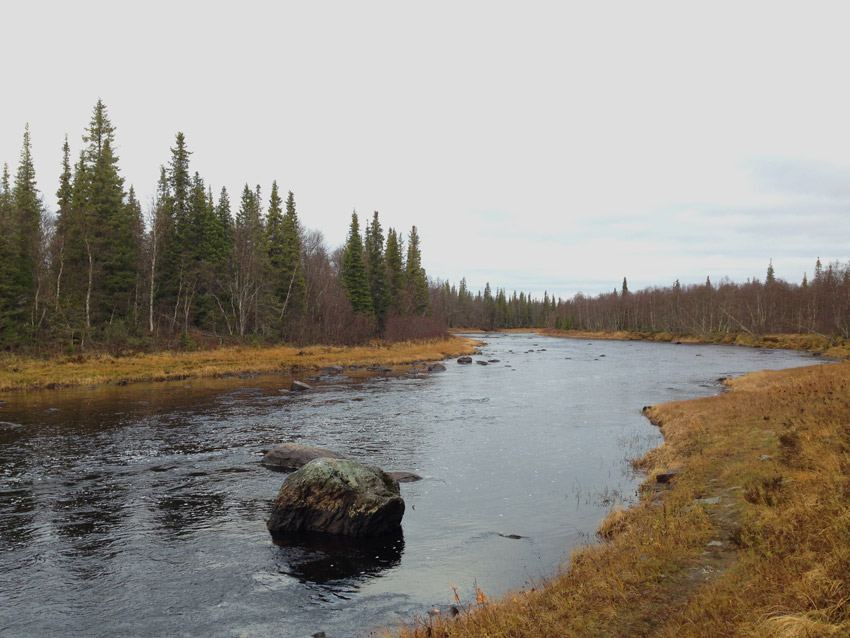 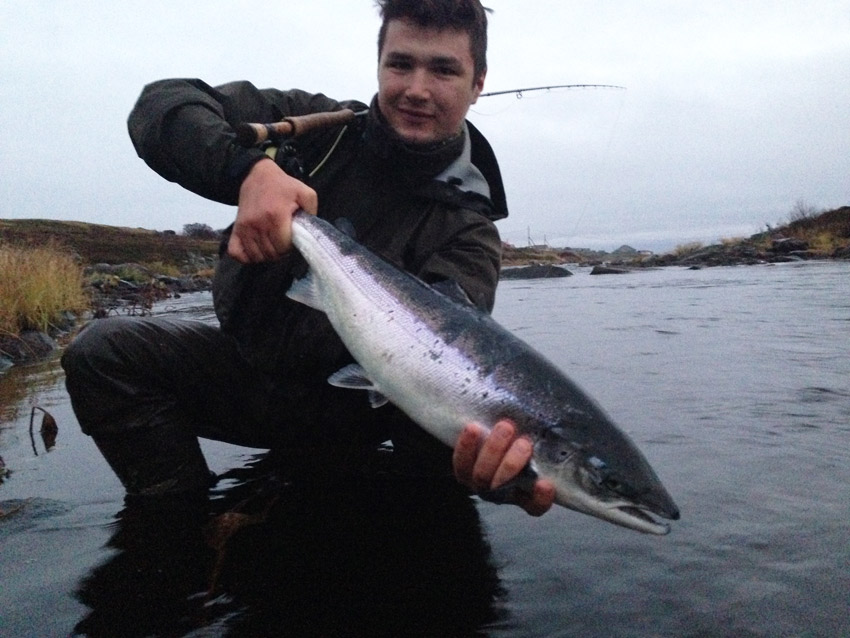 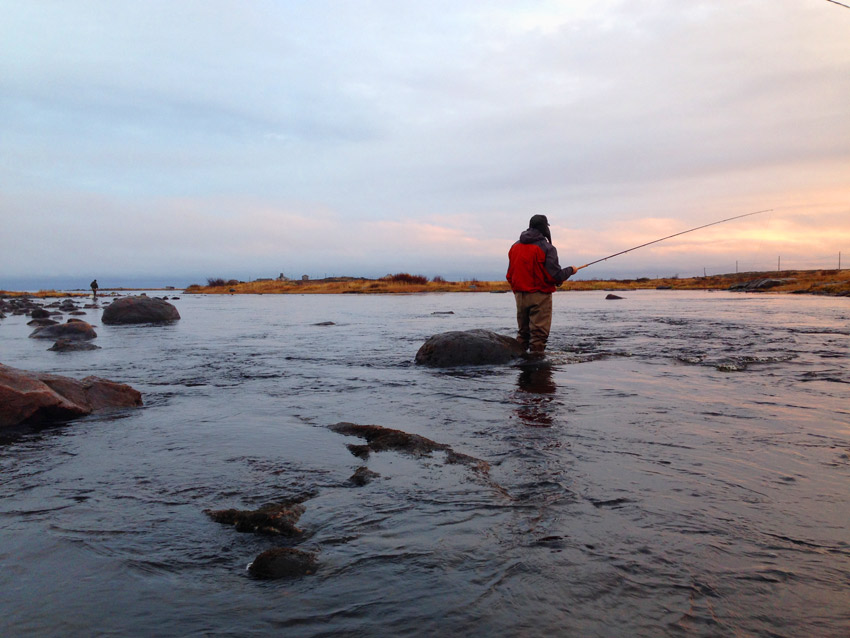 (Estuary fishing was productive, as salmons started to run into the river) 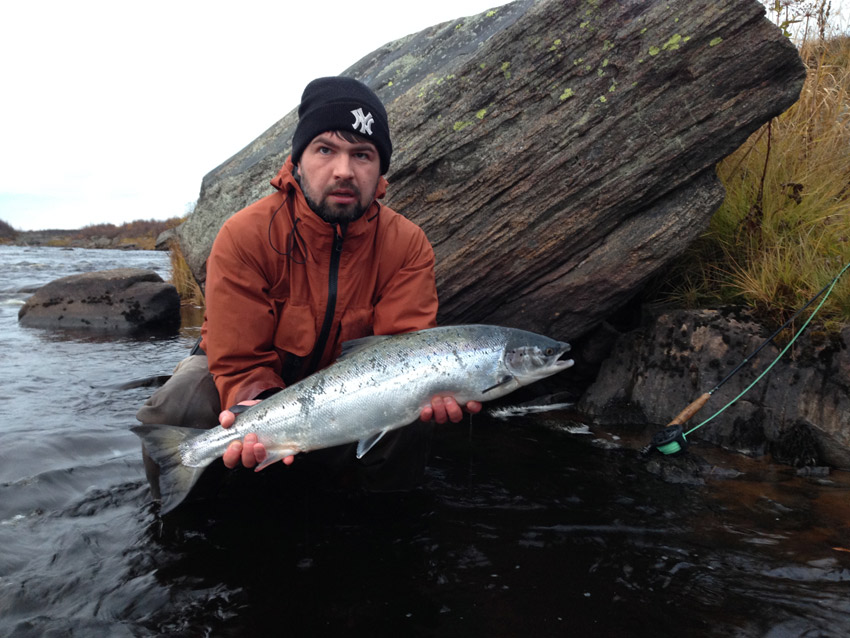 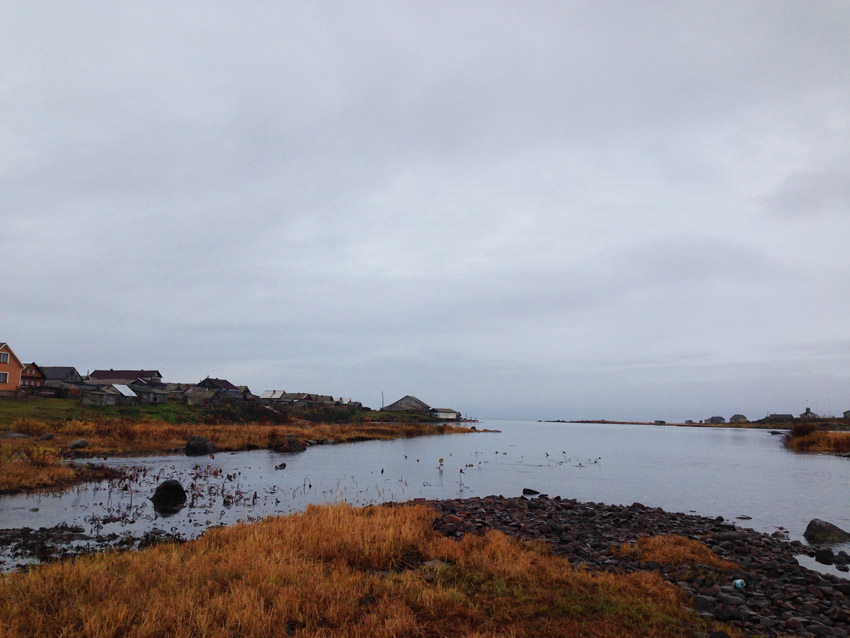 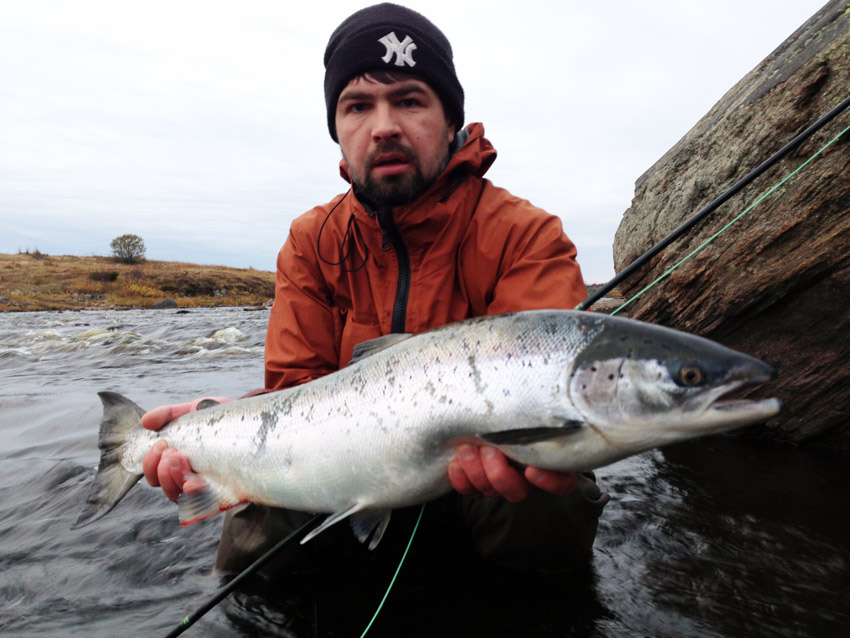 (George....)
Vasil old : nobody know how George hooks his salmons, his fishing manner is very simple but he need only 10-15 minutes  to land the next one  in a most difficult situation. I don`t understand it. He catches well, as if he feels the smell of salmon 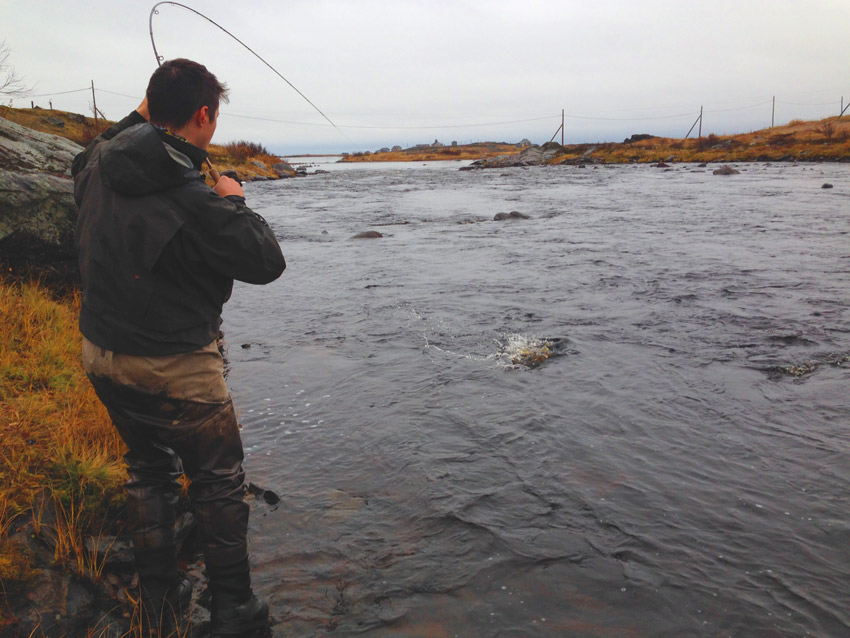 (Vasil junior lost it straight after the photo was taken, rapidsup-stream of estuary) 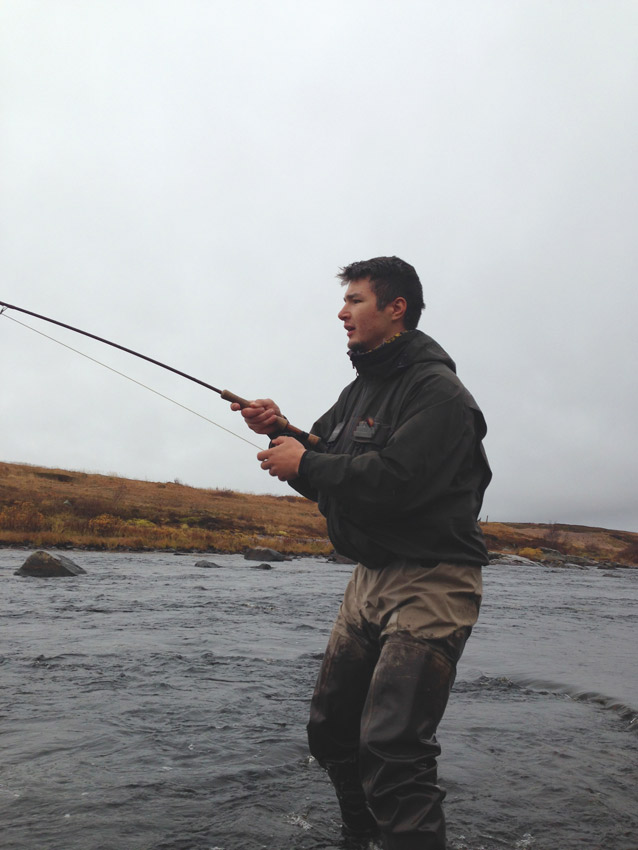 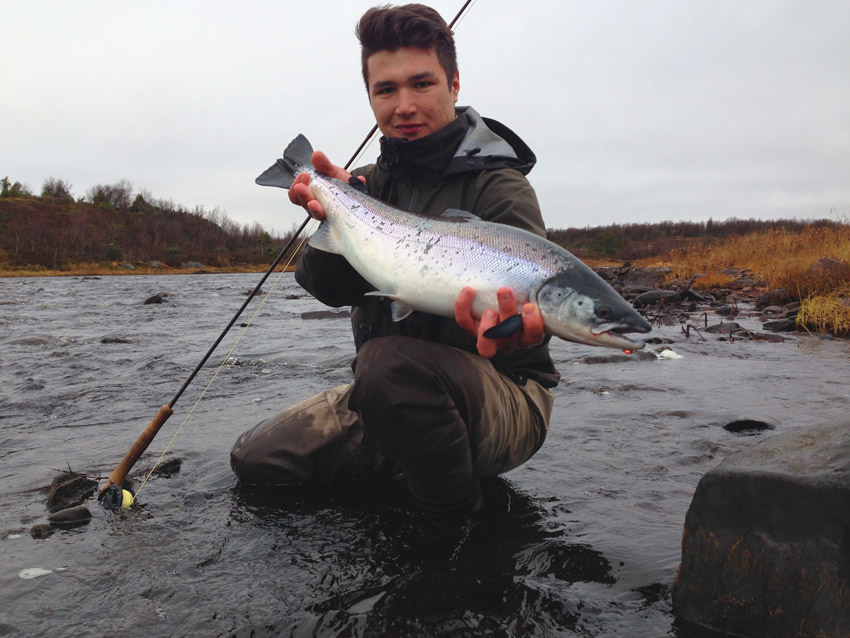 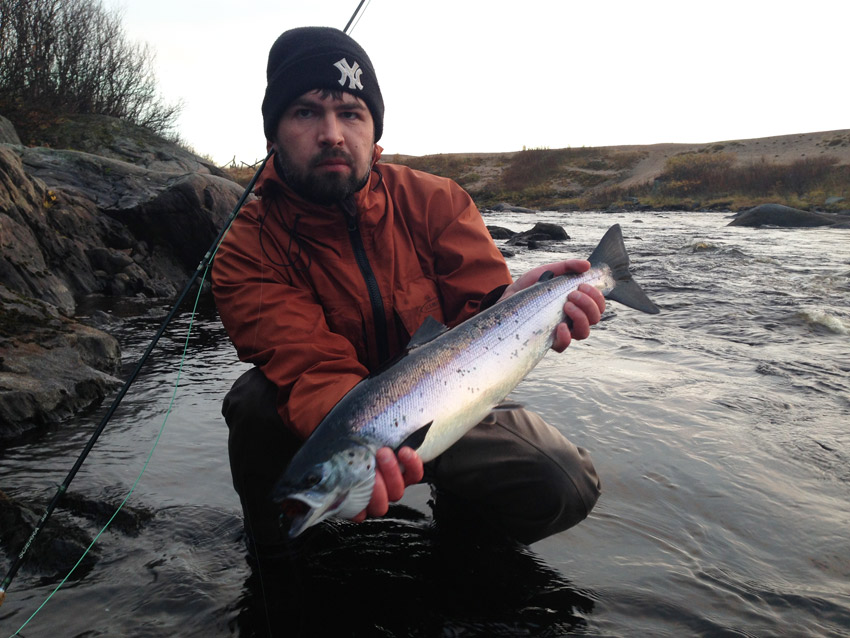 (George and his fish, caught right upstream of Aquarium pool) 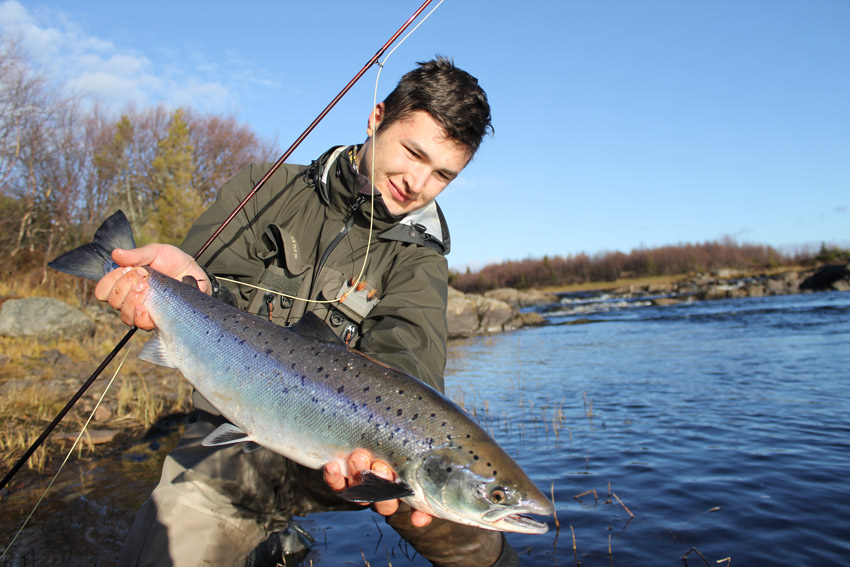 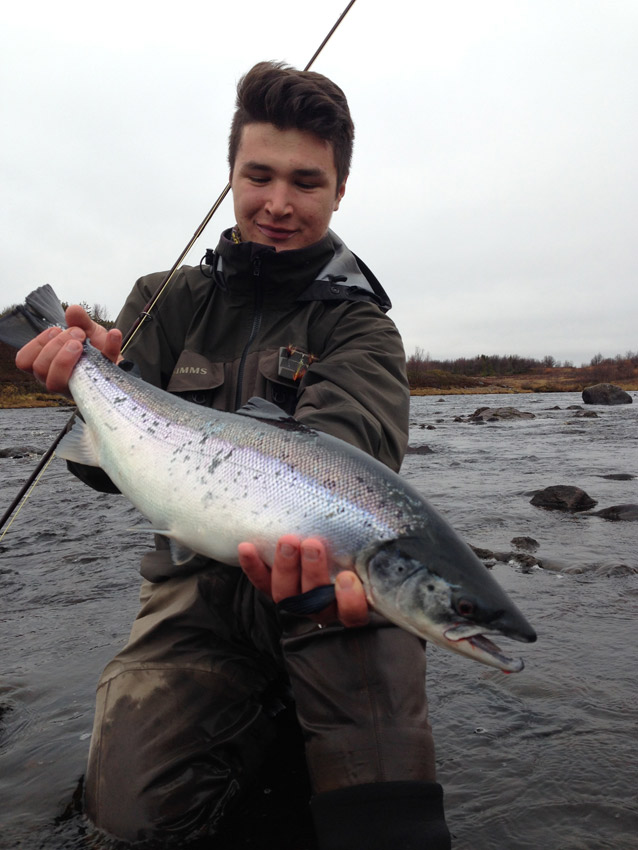