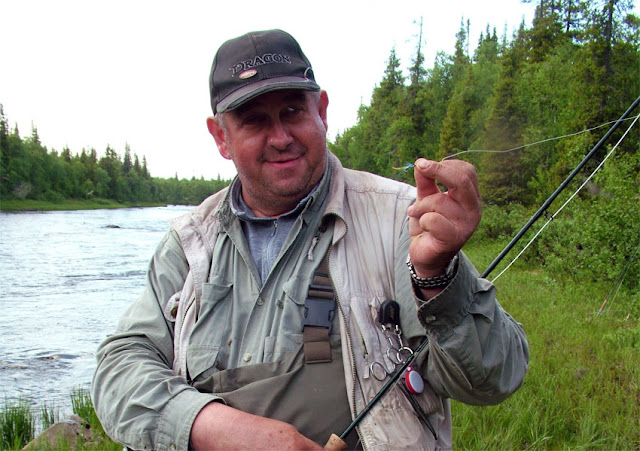 The situation has started to improve with second half of June. Salmon run expected by us has begun not since June, 5-10th, as usual, and later for 2 weeks. After several cool days water temperature has decreased to 17 degrees. It was still dry, the water level went down. But fresh fish has started to come into the river.
It was possible to use 2 tactics of fishing. The first tactics consisted in search of the active fish who have recently come from the sea. Such tactics demanded quickly and far to move on the river and to catch in all suitable places for fish rest. It has demanded good physical preparation. Other tactics consisted in careful fishing in the best places. It was easier so to wind, but there were difficulties with flies selection. If active fish willingly attacked a usual shrimp and similar fly passive fish ignored bright baits. Here there were again productive flies with a dark blue and blue feather. It was the first year in in my practice of fishing that the dark blue fly worked better black-orange-red.
But sea fish was more few, in warm water it quickly lost activity. And resident fish still did not prove. All of us with impatience waited for the first rains and a cold snap, we hoped that it will force a salmon to go to the river and will make its more active. 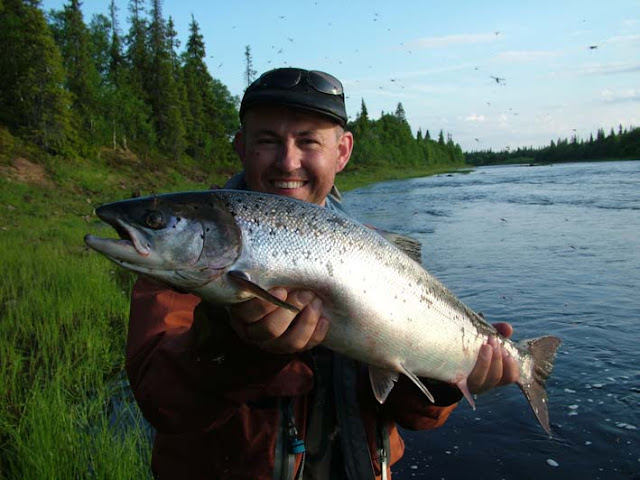 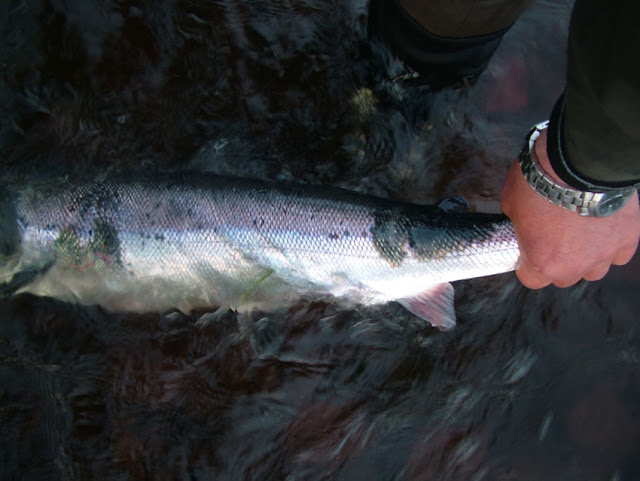 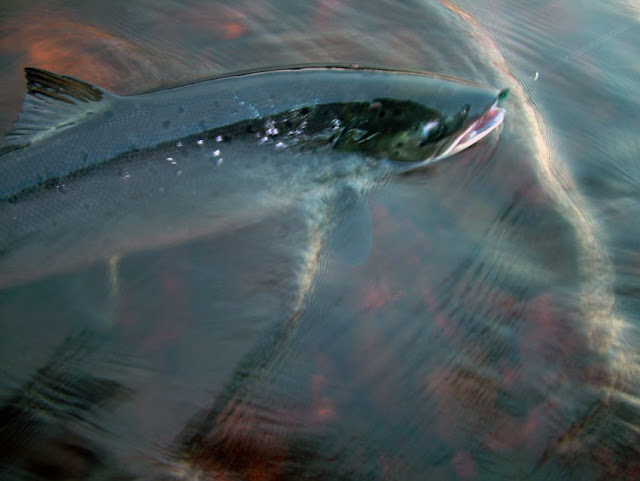 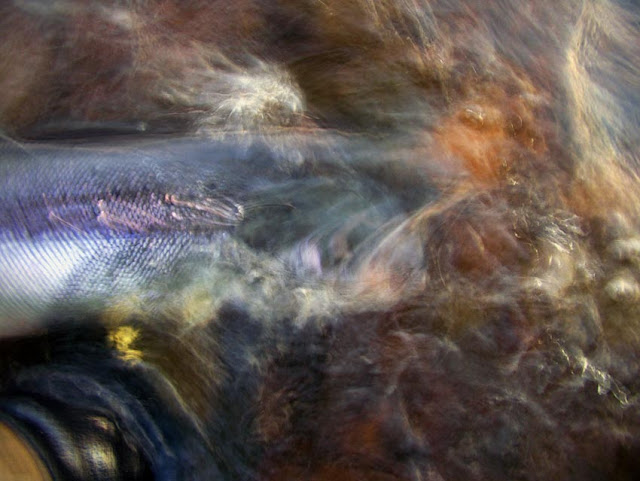 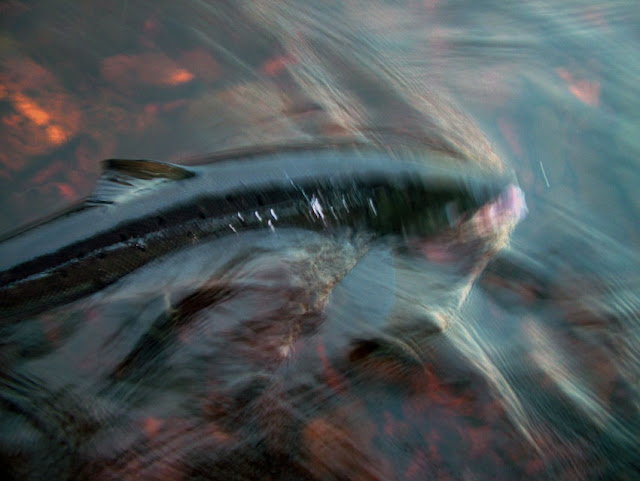 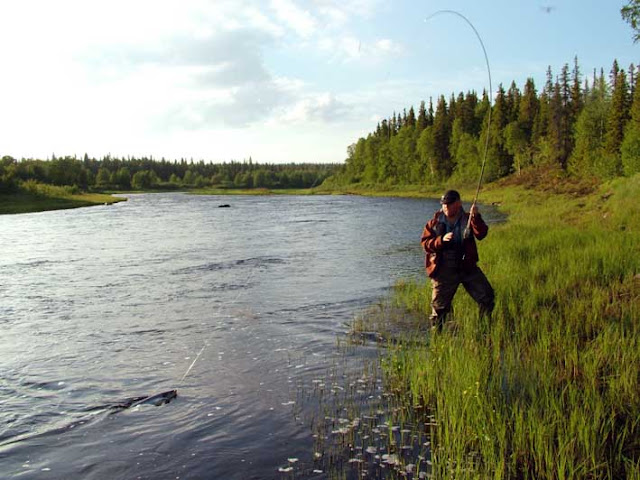 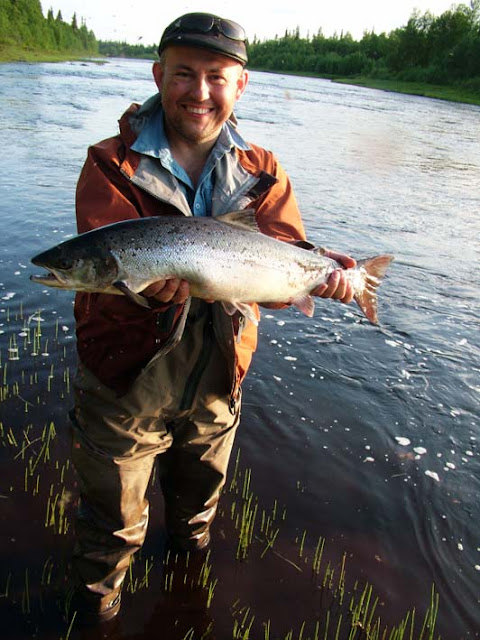 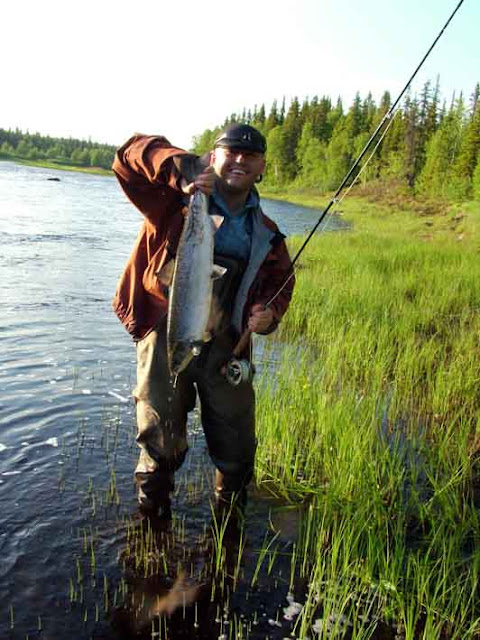 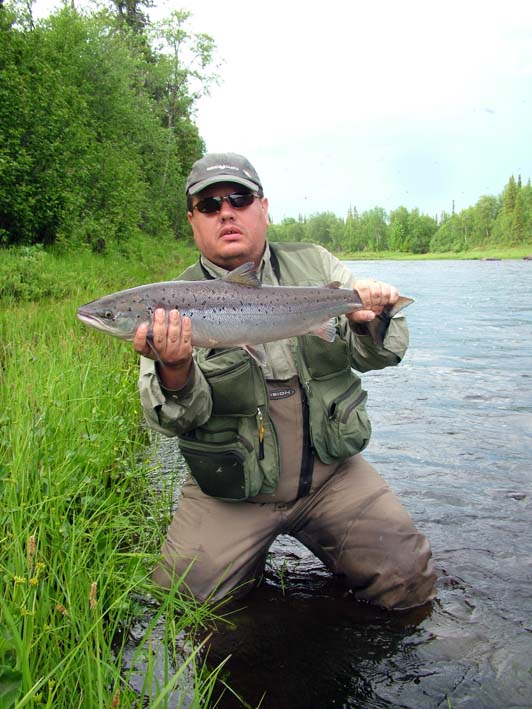