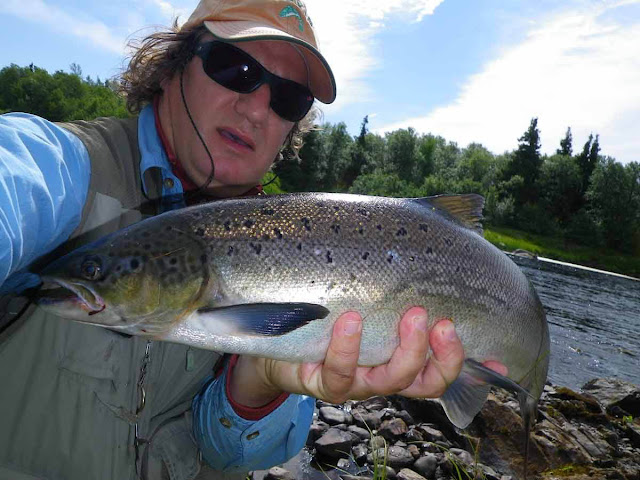 The beginning of July has brought long-awaited changes in weather. For the first time the wind has brought a cool and have passed short rains. Water temperature has decreased on 2-3 degrees and was up to standard of 16-17 degrees. It has affected at once activity of fishes. In many places resident fishes who in any way did not give out earlier the presence began to come across on a hook. Sea fish began to come more actively into the river. In "good" places it was possible to catch a mix from fresh sea fish, salmons of autumn calling and spring fish. The quantity of attacks of fish has considerably increased. Now there was no sense to search for active fish throughout all river. We have changed fishing tactics as could stay on one place all day long. One part of a team had a rest, the second part began fishing. After successful struggle against a salmon, it was possible to have a rest again ashore at a fire. Character of a fly had no special value . The salmon attacked also bright, spring flies and the flies intended for warm summer water. In each place convenient for fish it was possible to expect attack of a salmon. But the best time for catching of a salmon there were evening hours when the sun disappeared. 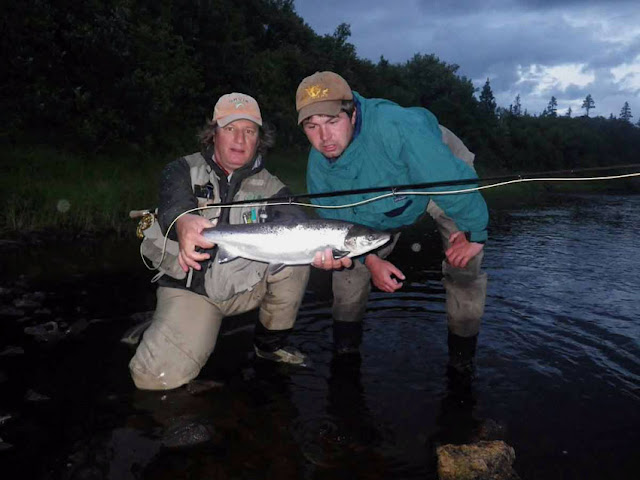 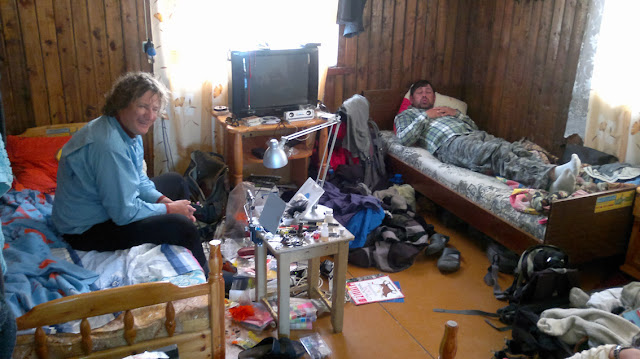 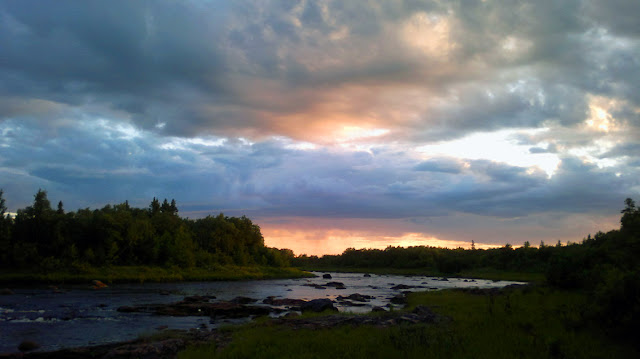 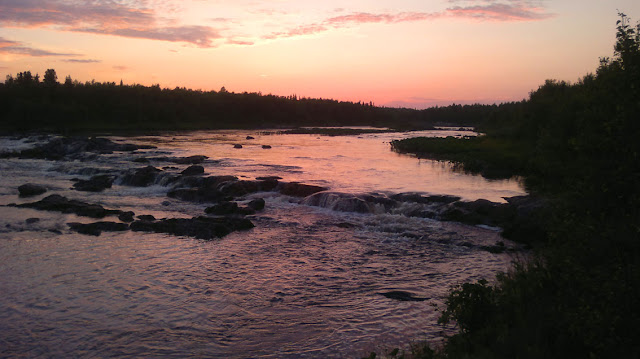 Evening was best time for fishing in low water condition. 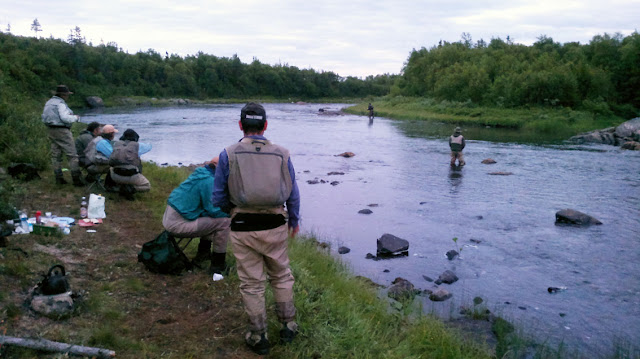 During 3 days we were fishing on Village site, 1 km up stream of our lodge. Three pools up stream of waterfalls had good quantity of fish for 8 fisherman. Then we visited Pokosy camp and Islands site. 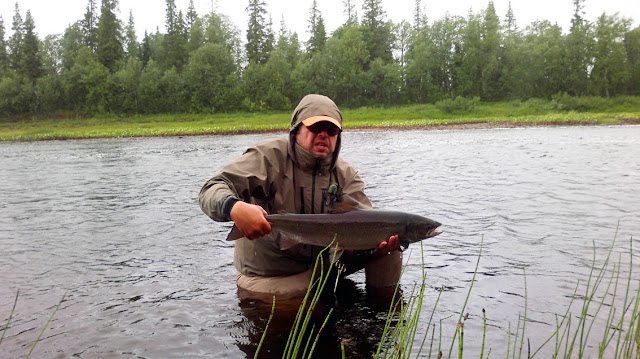 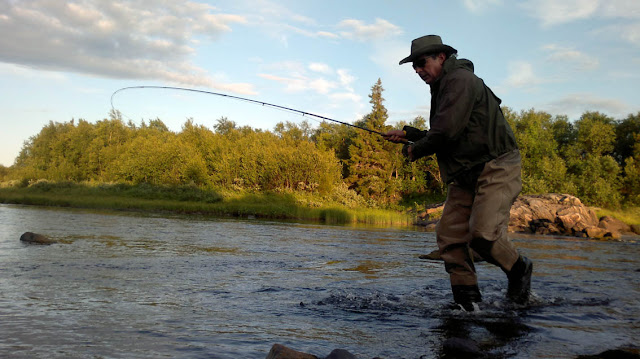 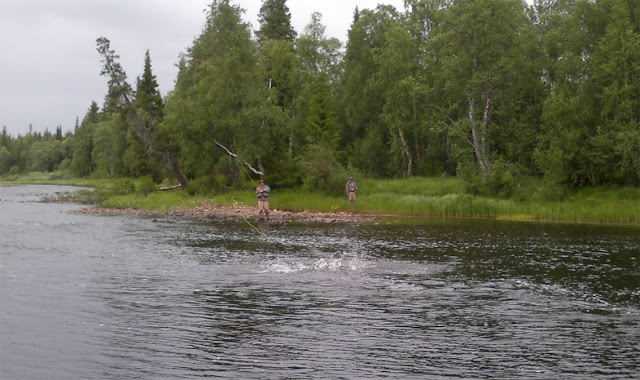