In search of correct salmon strategy. 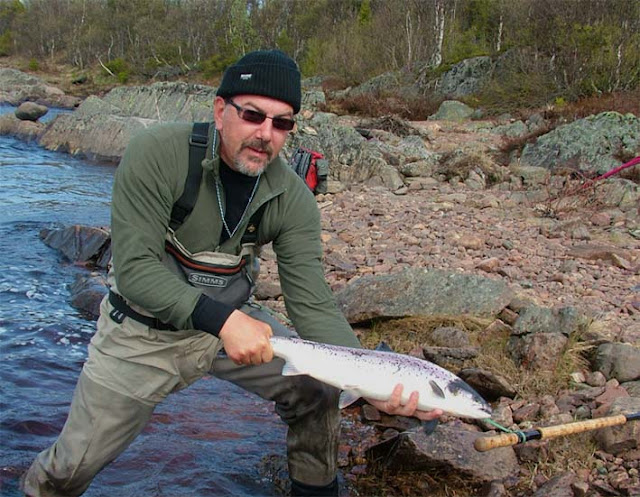 The first group has begun catching in the end of May on the top camp. The Water level still remained high, but the temperature quickly grew also a best part of the week has made 16 degrees. Activity of fishes has sharply fallen. The sea trout is quickly cunning in the sea, the silver salmon in the river very inertly reacted to flies. It was necessary to wait for the basic input of sea fish which usually begins since June, 5-10th. Not top sites of the river, and bottom have appeared more perspective. Near to a mouth. Though usually on the top sites of the river the great bulk of a salmon which has come into the river in the last autumn and in the early spring accumulates. Therefore the second part of tour, catching of a salmon in the basic camp has appeared more productively. 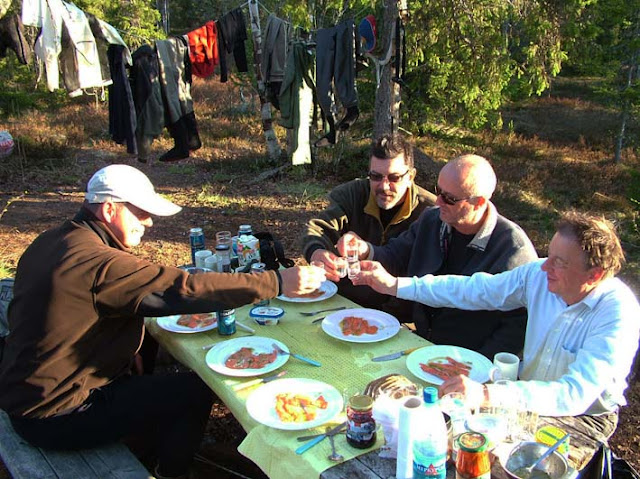 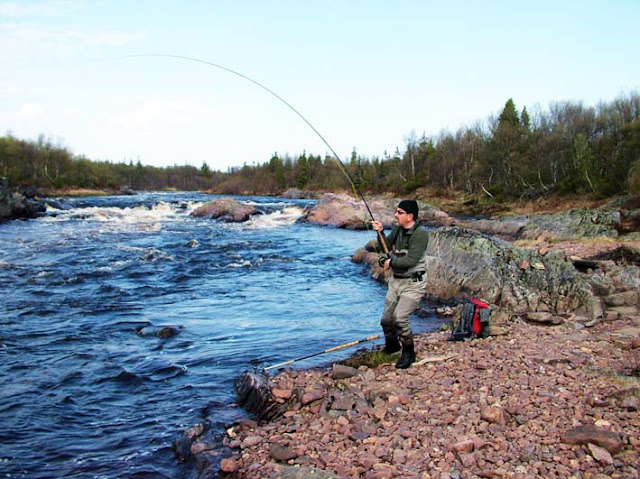 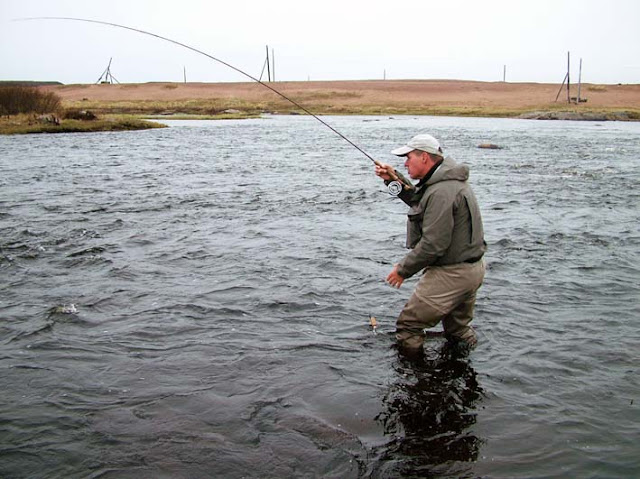 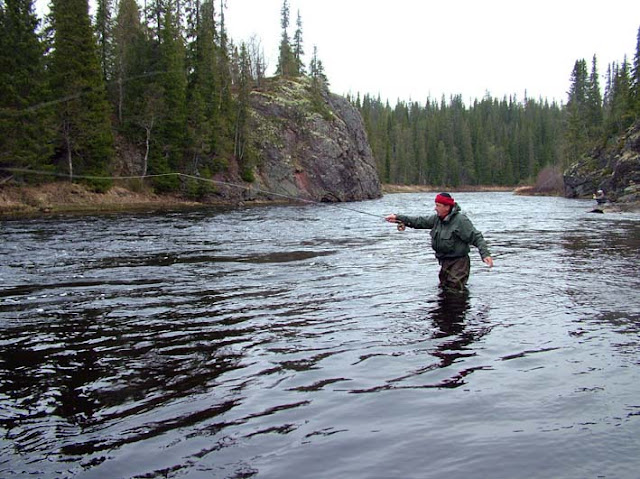 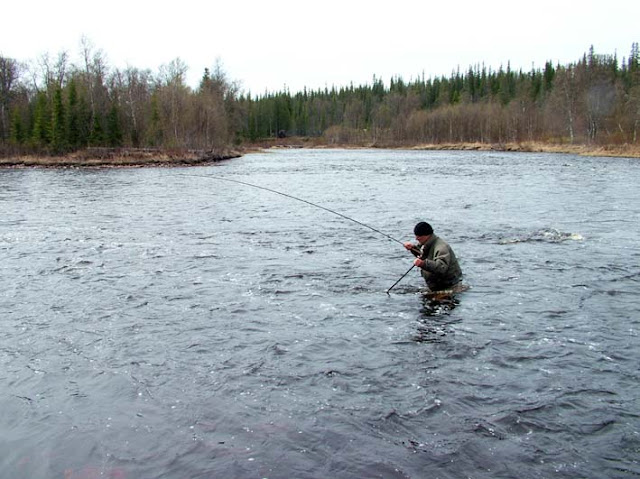 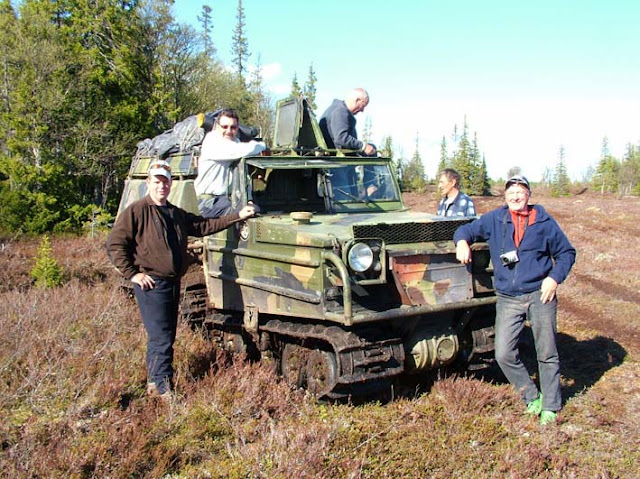 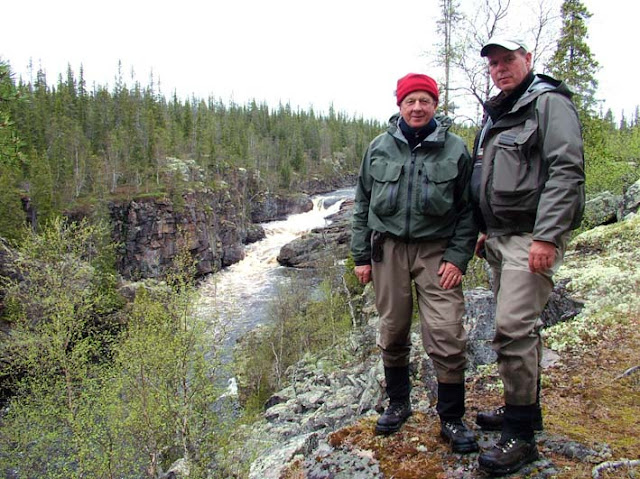 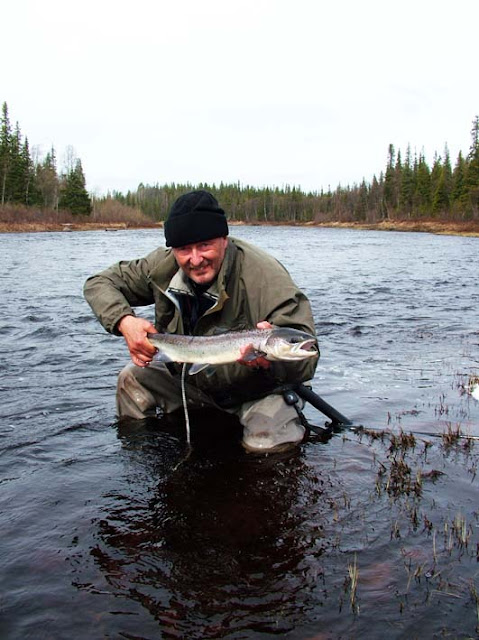 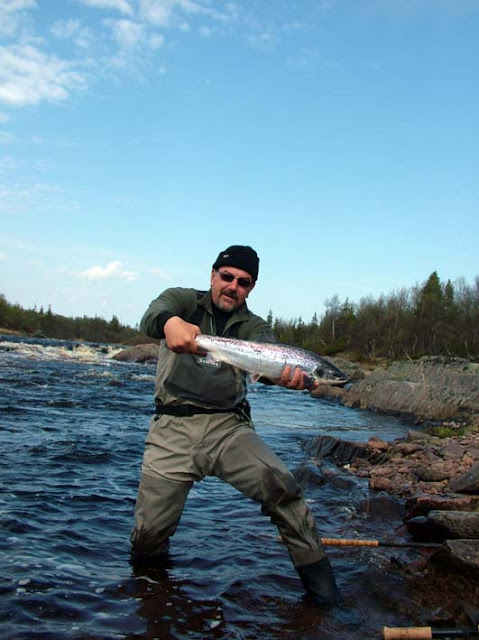