"This was a journey of my life". Chavanga salmon fishing. 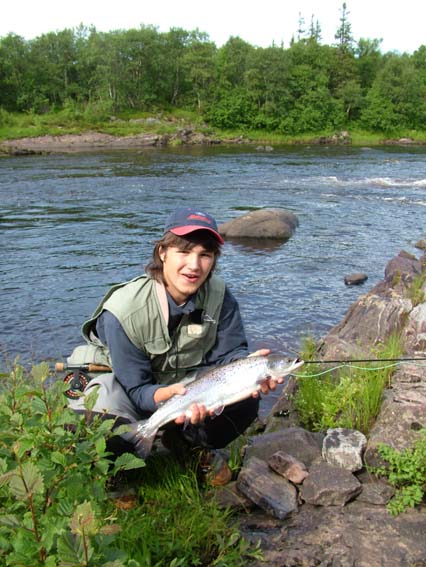 Once my father said that I am ready for that… Since these words, the trip, I have been dreaming about was closer and closer. This was so challenging, that I couldn’t wait while all those days pass and we will depart somewhere to the North of Russia, where the wild things are. Salmon fishing was a new page in my life, was a new world in my fishing days. I have fished with my father almost all the rivers in Belarus, I couldn’t say it wasn’t fun but fishing the Kola Peninsula its something you need to try before you die. 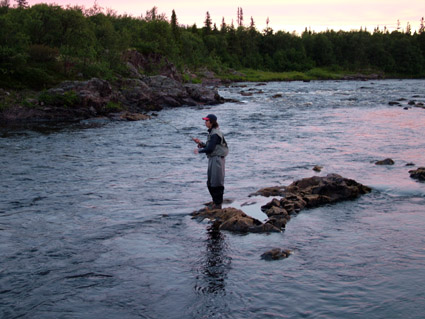 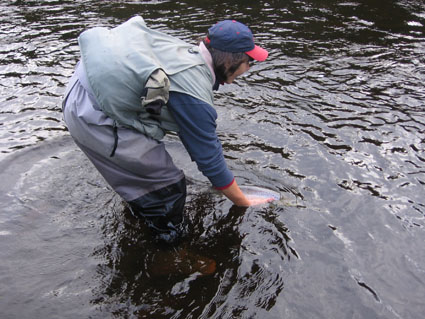 Once, in a hot June day, my trip begins… Two days of train and we are in the ‘’Kandalaksha’’ city, typical small Russian province. Couple of hours in microbus to the river ‘’Warzuga’’ where we had to get on the other side of the river and than the final distance – breathtaking path along the ‘’White sea’’ shore directly to river ‘’Chavanga’’. Still couldn’t believe that at the end of the day I will be chasing salmon, the fish that was messing my mind for so many years. And finally we got there, small coastal village ‘’Chavanga’’ lays right at the beginning of the river. Being accommodated in a small and quite comfortable fishing lodge, we started to prepare our tackles. The village was very different from those ones in Belarus, even the wild horses, they were just visiting the village sometimes and then going back somewhere else. Locals were doing something all day long, either taking care of the cattle or doing some repair works, as I noticed they were not really exited who is visiting them, cause we were not the first group of fishermen for sure. 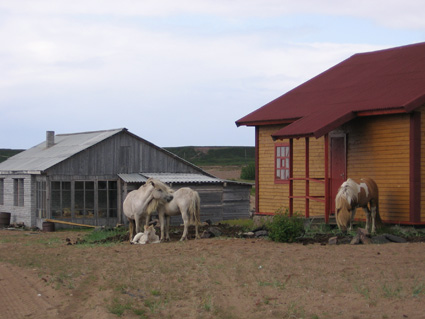 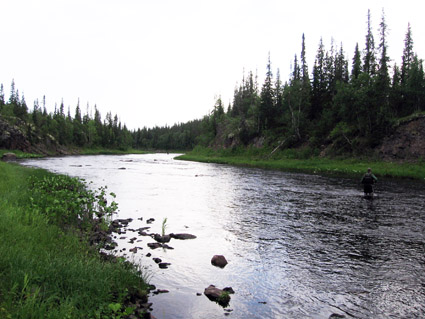 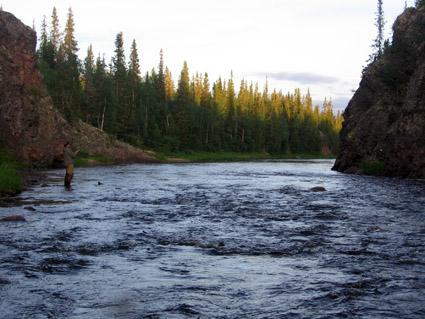 Everyone ready, and here it starts. River was in a good condition, it looked very lively, full of different types of insects around. And here you go, the first sign of fish. My first casts very quite bad, as I was really nervous. Being guided by my dad after, I started casting straight to the place I saw fish before. During my ‘’shrimp’’ fly drifting the stream, my heart was slowing down, predicting the big fight, I was very excited. After a while my father came to me and asked me for my rod, I gave it to him, and he started to guiding me, showing me how my fly should drift on the stream to attract fish. And it took two cast for him to hook the fish. He landed the fish, we took a quick photo and let him go. I got more confident in myself, I knew its possible to catch it, my father just did it in from of my eyes. I continued fishing the river, chose a small pool, looked quite deep there, and suddenly felt something on my rod, it wasn’t very aggressive but very heavy. I was trying to pick it up, I couldn’t see it, it was somewhere at he bottom, and suddenly it drag so strong that my line could handle it and broke. My hands were shivering. I ran to my father and told him the story, he smiled and we continued. First salmon was on its way, i found a fast stream part of the river, couple of casts, and I got it. He was very aggressive, going back, forward, my reel was almost burning. After 10-15 minutes of clumsy fighting I got him out of the river, dI opened his mouth and the fly went far into the throat, my father helped me with taking the fly out and I let the fish go. Then father gave me some tips on how to get fish out of the water, and how important it is to do it in shorter time, to prevent death of the fish. . We needed some sleep, cause we were still tired from the long journey, I had one more fish at the end of the day, and we went back to the village, sharing our fishing stories with each other. I was the happiest boy ever. Next morning I took a quick walk around the village, went to smallest shop I ever seen in my life, by the way it was the only one they had here. Local cemetery was on the small hill just next to the village. Its amusing, how people live here, everyday they are doing their routing works, they don’t even think to leave this place, the place of their fathers and grandfathers. They live here and die here… 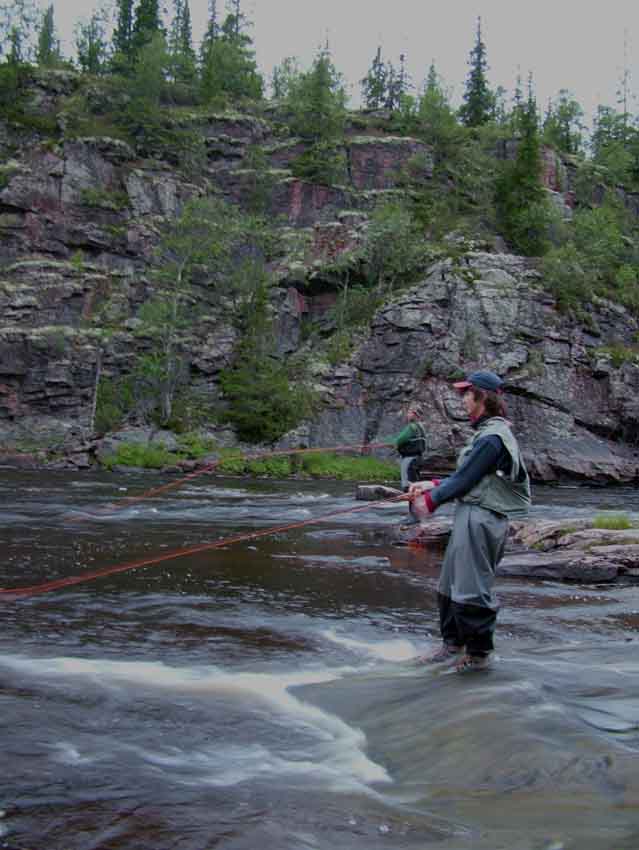 On the third day of fishing we took and off- road track to the highest parts of the river, where the waterfall is. It’s the most beautiful place I ever been to. The river was covered with mountains from each side. It was a time of my triumph. I had couple of salmons, then we switched to grayling fishing which was also a great fun.
At last I can just say ‘’This was a journey of my life…’’ 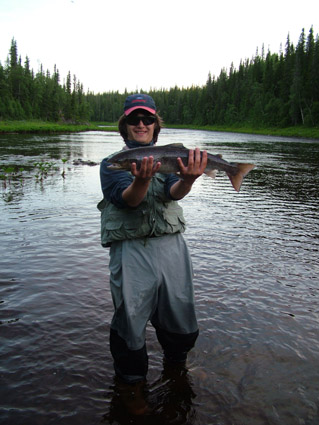 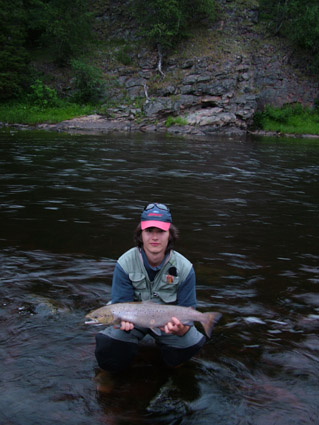