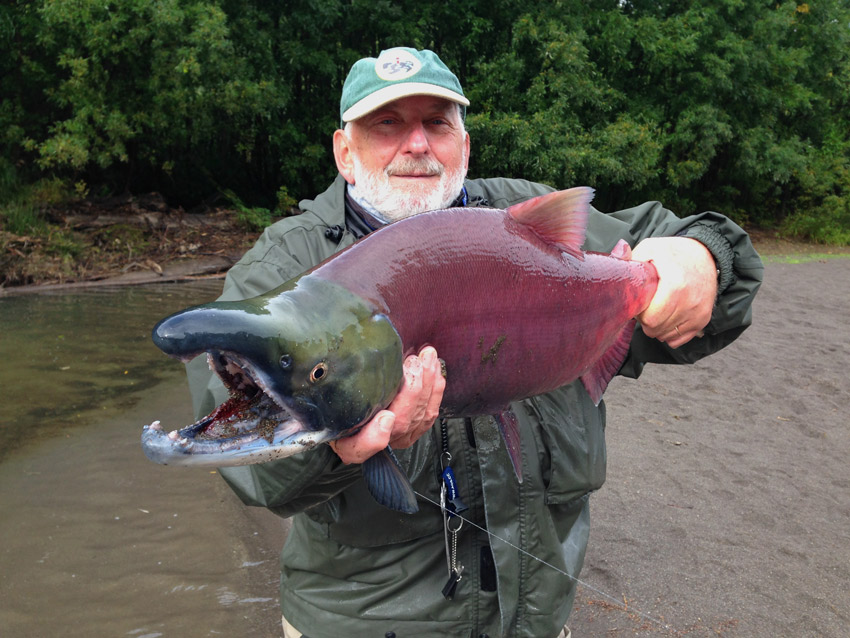 Welcome to the wilderness where adventures begin and roadmaps end. Welcome to Kamchatka. What is so special about the Kamchatka Peninsula in Russia? It is the one of most eastern parts of that country, but in geological terms, it is where different parts of the earth literally come together. The 1,250-kilometer peninsula lies about 700 miles north-northeast from the Japanese island of Hokkaido; between the Pacific Ocean to the east and the Sea of Okhotsk to the west.

It is a place of breathtaking beauty and unique wildlife, mixing striking scenery of mountains, tundra, forests and rugged coastline Kamchatka is home to over 30 active volcanoes, including Klyuchevskaya Sopka, the largest in the Northern Hemisphere, and what many consider one of the world’s most picturesque, Mount Kronotsky. The second largest concentration of geysers on earth, only accessible by chopper, this natural gem remains a virtually untouched region of raw geothermal power. The Kamchatka Peninsula is the ultimate destination for travelers seeking a once in a lifetime adventure. The symbol of Kamchatka is the brown bear (Ursos arctos). Kamchatka has the highest concentration of bears in Russia.

Kamchatka is a pure heaven for fly fishermen around the world. It contains probably the world’s greatest diversity of salmonid fish. Big and beautiful rainbow trout are the target species. Although every river hosts huge runs of anadromous fishes such as all five species of salmon, char, dolly varden, steelhead and white spotted char (an eastern Pacific species of char found only in Kamchatka). Depending upon what river and what time of the season you wish to visit Kamchatka, these species can all be taken in abundance on dry flies, mice, and streamer patterns.

The river Icha flows from the Central Mountain Range of the peninsula to the West, across a vast National Park in the northern region of Kamchatka, and into the Sea of Ochotsk. Our fishing camp is situated just underneath the central mountain range, on the middle stretch of the river, and the rather medium-sized river flows with a swift current into tenacious pools full of fish and meanders beautifully through the hills of the north-western Coastal Range. All 5 species of Pacific Salmon are entering the river. The Icha is a perfect fly-fishing river. The river bed is of firm gravel and freestones, making wading easy at most parts, and the fish is shining fresh and strong from the Sea.

Our Icha river camp has been built just recently in 2013 and is right on the river bank. The camp is built of solid wooden cottages upon the river, with a well-equipped kitchen and a dining room, with an independent power supply, and with classic iron wood-stoves in a comfortable 2-bed or 3-bed cabin accommodation. Every morning, the native Russian staff supplies the iron stoves with firewood, before you get up, and prepares the daily fresh meals of substantial Russian cuisine at our stylish dining room. The camp is equipped with all the gears required for day-to-day fishing.

Season: from the beginning of July till mid. of October. Prime period starts from end of August till mid. of September.
Group: from 2 to 14 rods
Fishing: fly fishing and spin fishing, exclusively private territory of 40km of the river. Jet motor boats are used every day to transport clients from pool to pool.
Transportation: greeting at the Petropavlovsk Kamchatski airport, mini-van and jeep transfer to the river bank. Raft downstream to the camp Icha. 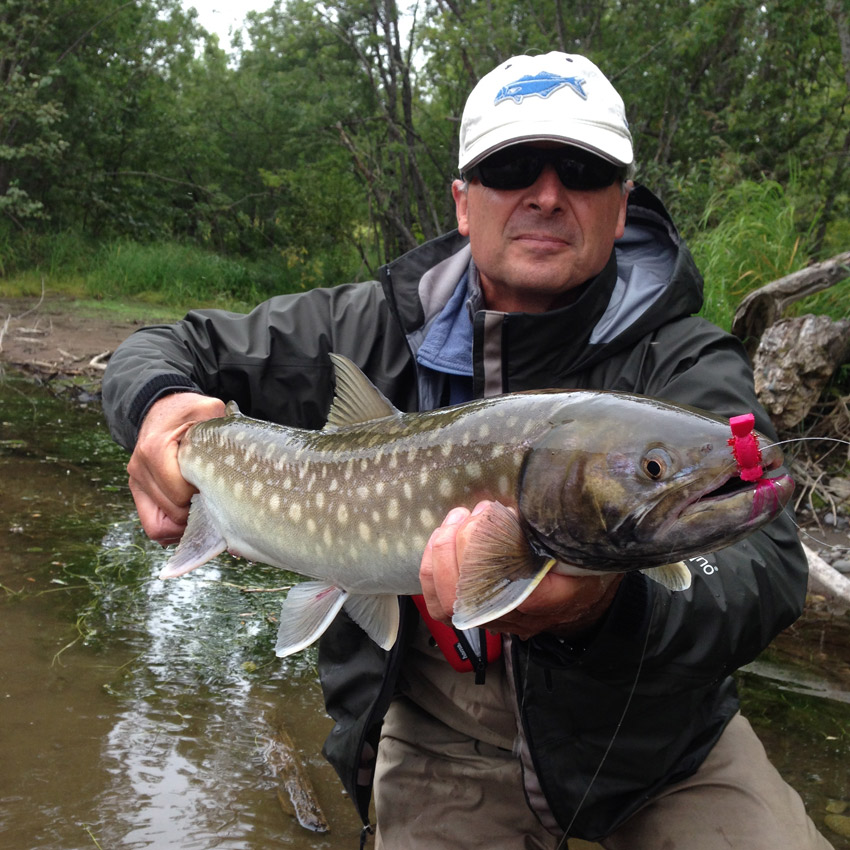 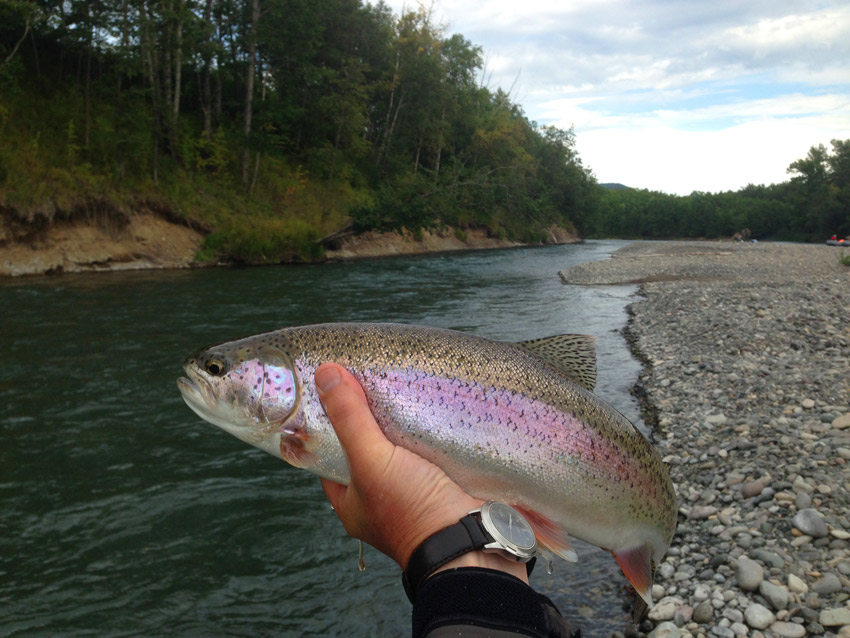 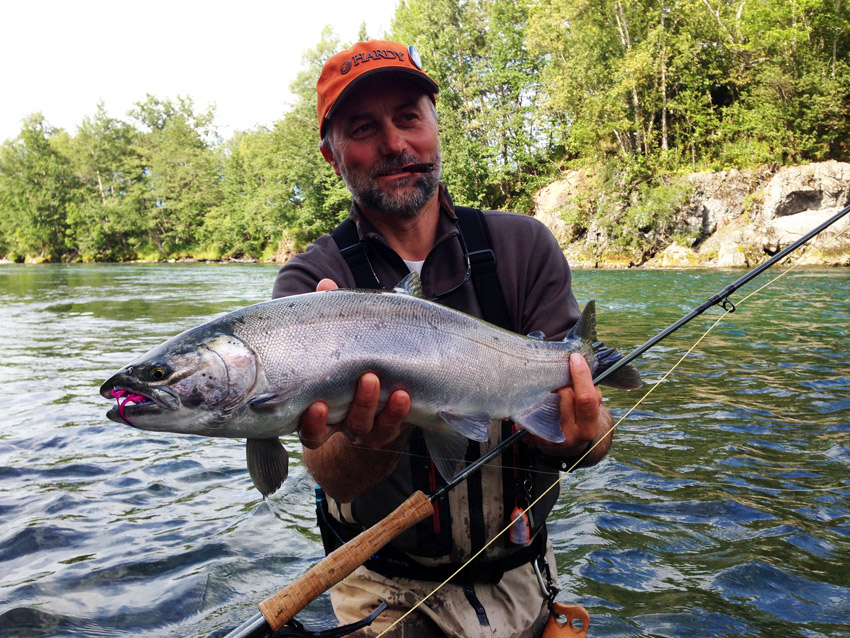 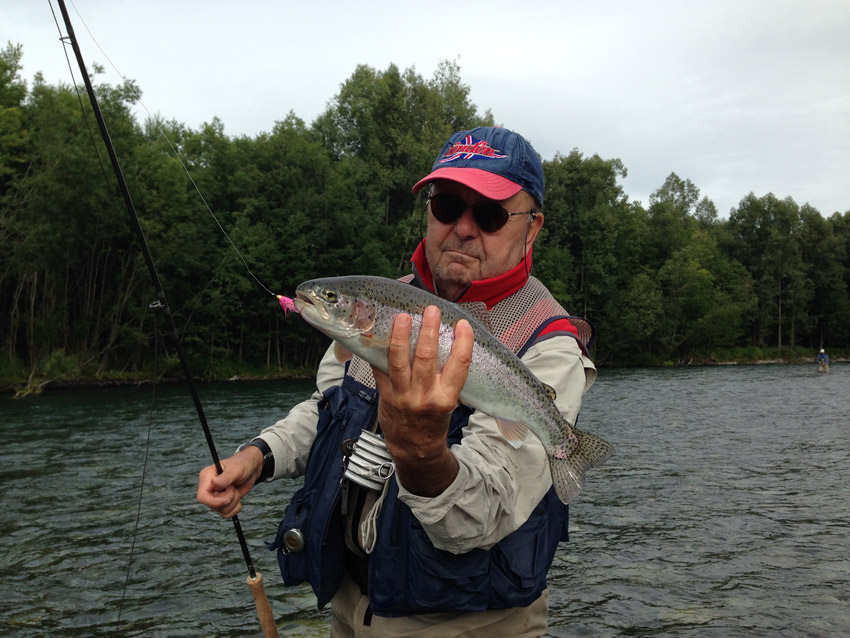 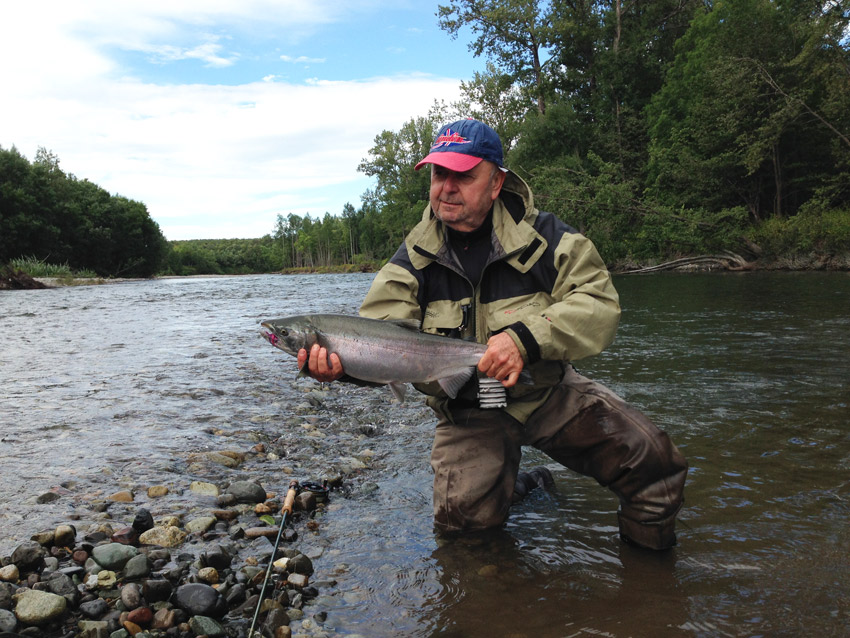 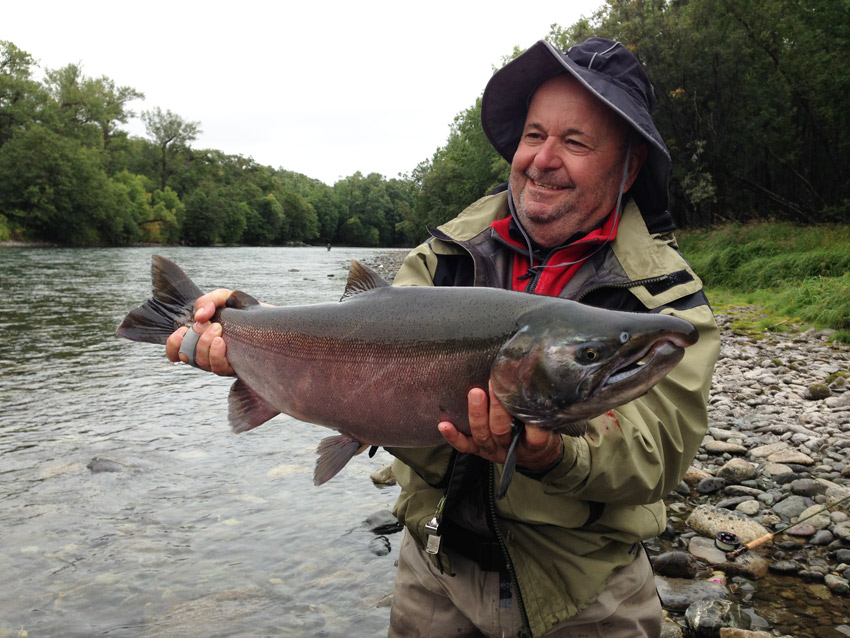 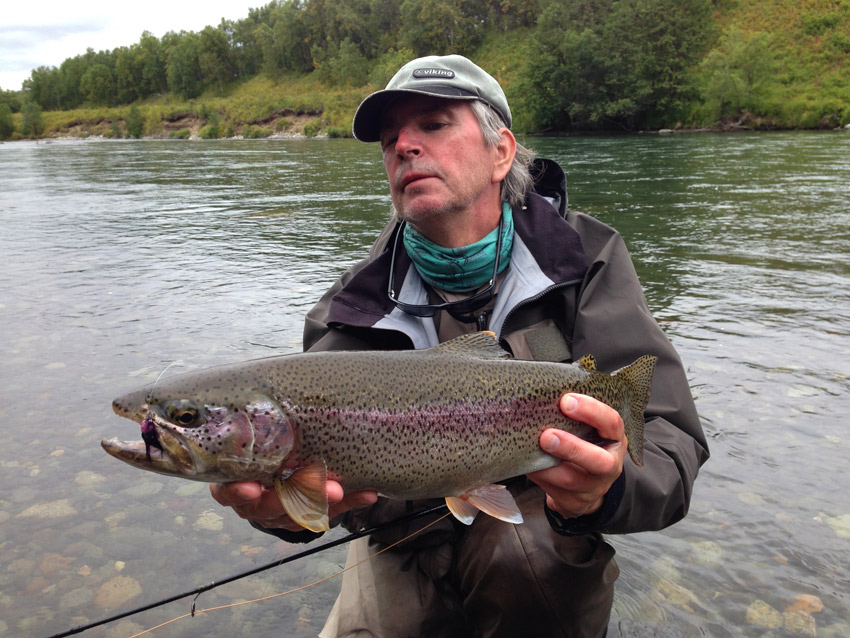 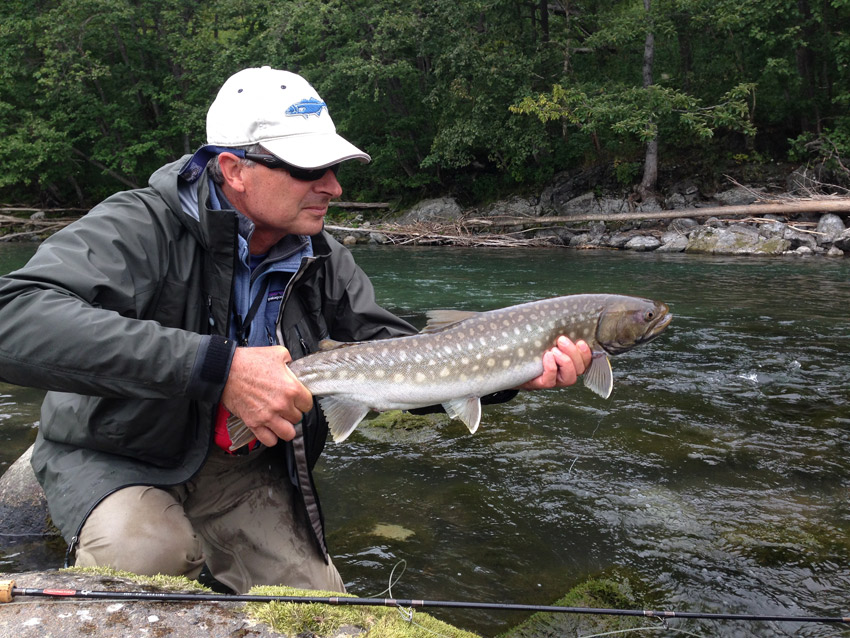 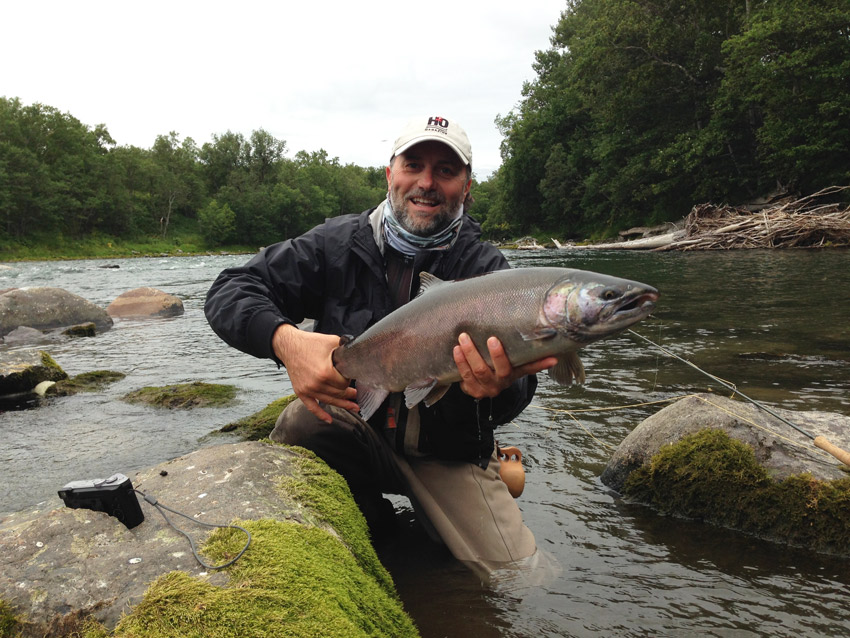 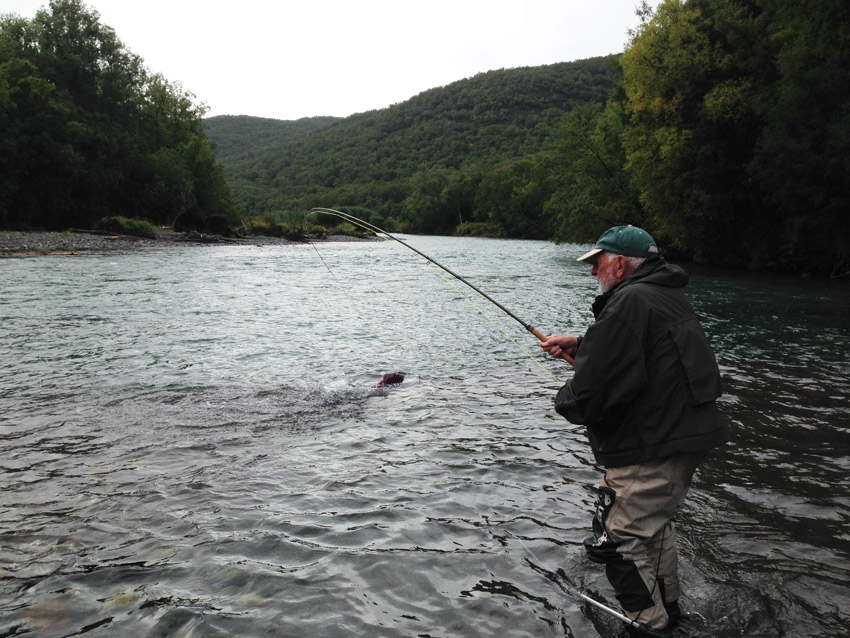 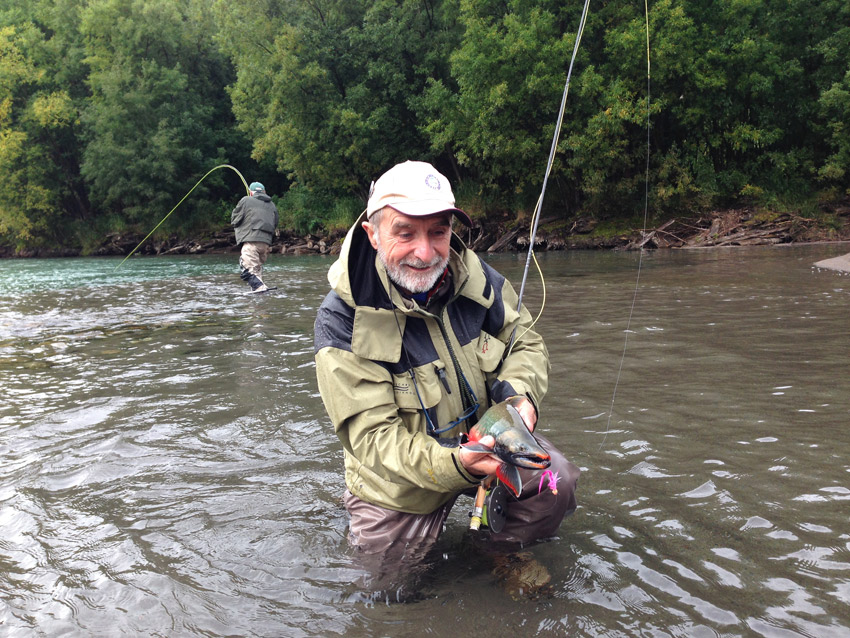