I dont remember precisely when I began to use this fly for the first time. I have noticed that the salmon actively reacts to it in 2006. In the middle of June we were fishing evenings and nights more often. At this time its not very hot as in the afternoon and fishing is more pleasant. When the sun fell low, the shade from trees fell on the water. At this time the salmon actively attacks that fly. I have thought that the effect consists of a combination of silver body and a black wing under which the accent of feather or wool in orange colour was visible. The fly is made very simply, it is necessary to have only alu tubes of the semiinch size.
A year later, next autumn I have recommended these flies to my collegue fisherman, who stayed for the first time with us on Chavanga river. Friends concerned with some irony as he was the beginner and was too concerned in his fishing process. Some days later everyone has been surprised of his results. In cold water silver salmons who went from the sea perfectly reacted to the fly. The parity of the caught resident and fresh fishes was obvious in favour of sea salmons. The friend has appeared the first among all members of team on number of the landed silver fishes. During this period we were fishing mainly in the afternoon. The silver body looks aggressively enough in pure water , therefore the salmon actively reacted to it. 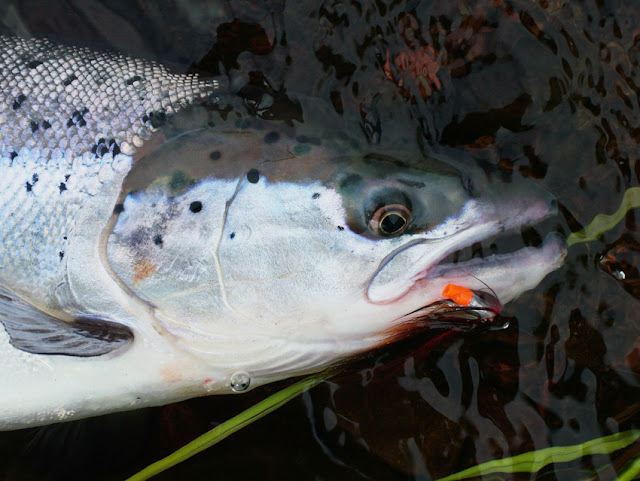 I began to use even more often this flies in different conditions and during the different periods of a season. It is possible to tell that it is a universal fly, moderately aggressive, moderately attractive. I want to add that most likely, this fly plays as the immitator. I have paid attention that it is often attacked by trout and grayling. It can be used for trout fishing during the whole season. I have understood not at once, why grayling during the periods rich with food reacts actively too. I have paid attention to the silhouette, size and colouring the fly very precisely simulates a minnow. A very small fish who serves as a forage for smalts, trout and grayling. Thus, two threads of crystal flash over a wing supplement a silhouette and colour scale in the most unexpected and exact way. 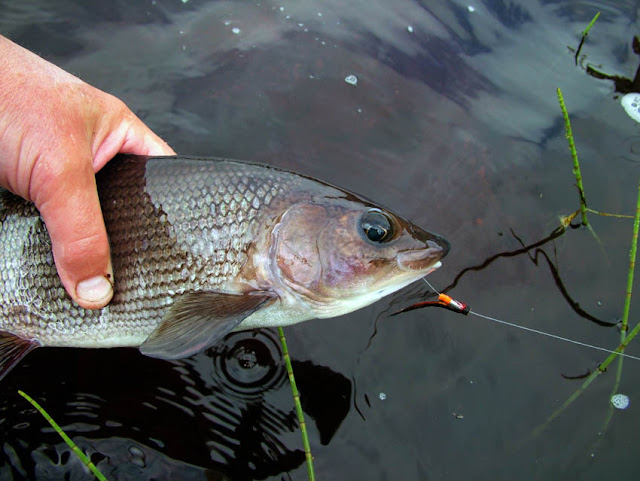 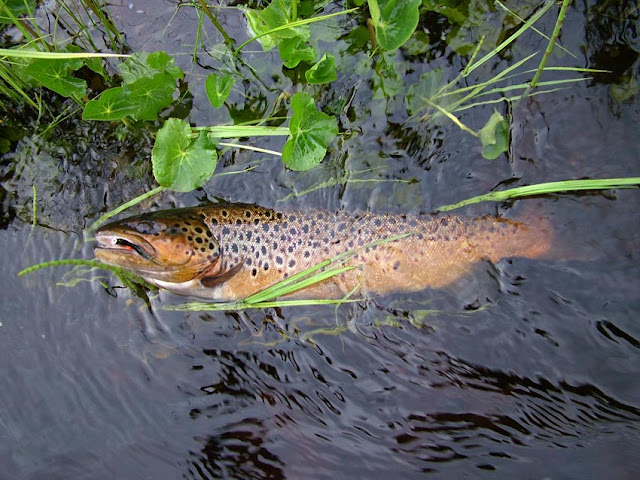 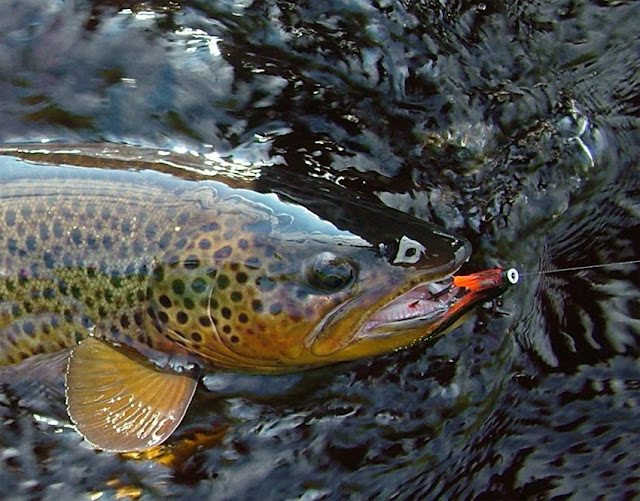 This is my old proven fly for summer time. In late July, and July is usually warmwater, and its level falls. It's time to the local salmon fishing in the individual wellsand shelters among the rocks. At this time, a small fly often works better than the large and bright lure. Black wings, black body. The bright orange feather elementsare replaced by a dark red color. But it retained the elements that causeaggressiveness - jungle cock feather out. Located at the tip of mular pearl color orpen color peacock. On top is crystal flash.