To fish or to cook? Salmon dishes on the fire. 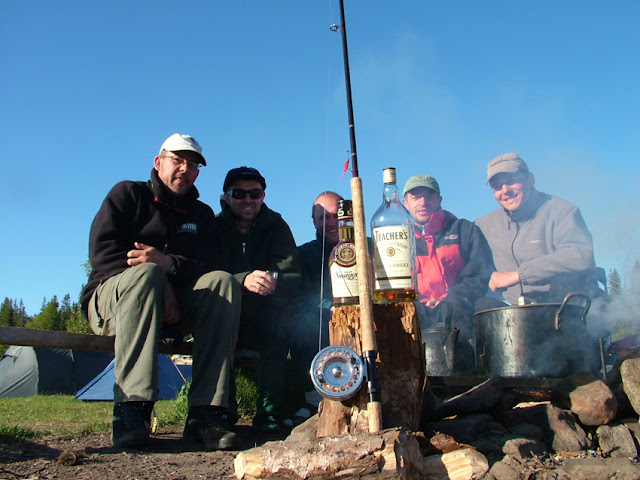 For some years the river had admirers. I think that at first all are involved with possibility perfectly to fish. Tent camp in the season beginning allow to be near water all day and night. But such arrangement on to river bank forces to be engaged not only fishing but also an economy. This cultivation of fire, meal preparation, table layout. When fish pecks, these duties do not burden fishers. This 2005 was remembered by that was especially pleasant to be engaged in an economy. We have agreed serially to prepare the favourite recipes from a salmon. Dishes turned out not only unusually tasty! It appears that at a fire it is possible to prepare fish in any kind! I have counted 15 original recipes only salmon dishes. It was fine addition to fine fishing and the most beautiful of weathers. 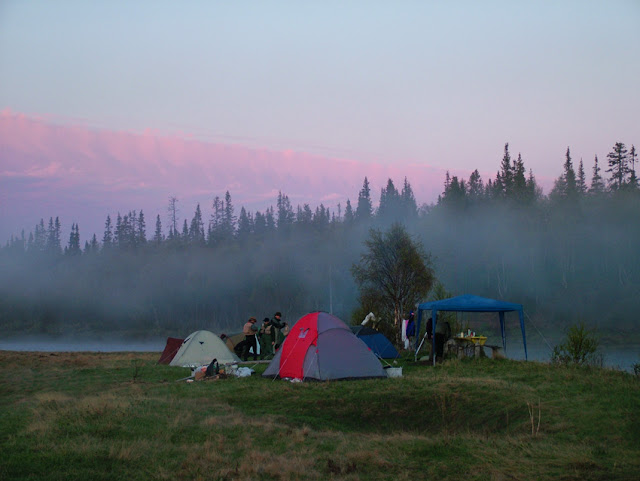 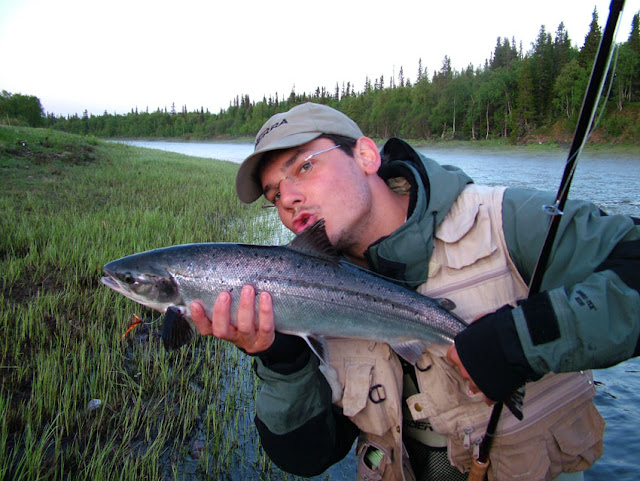 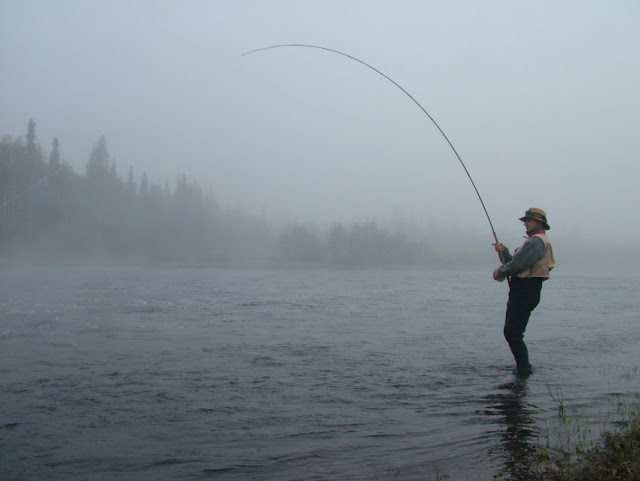 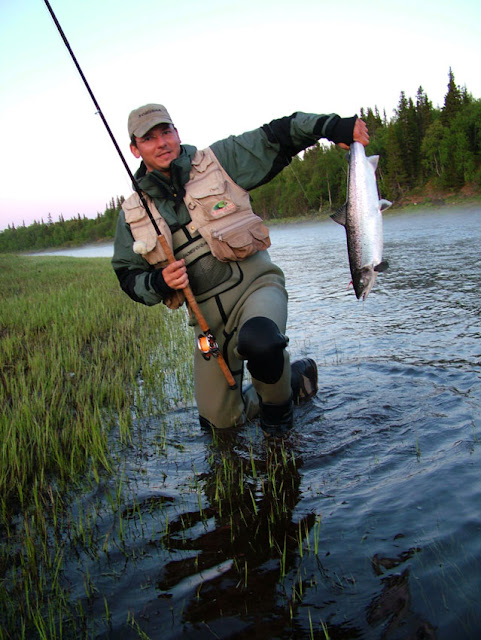 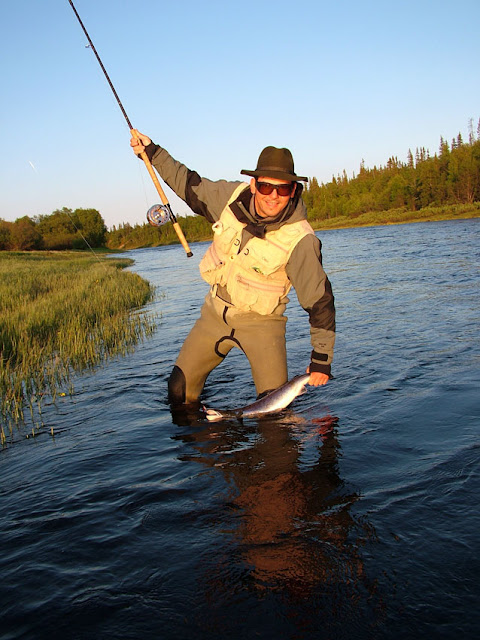 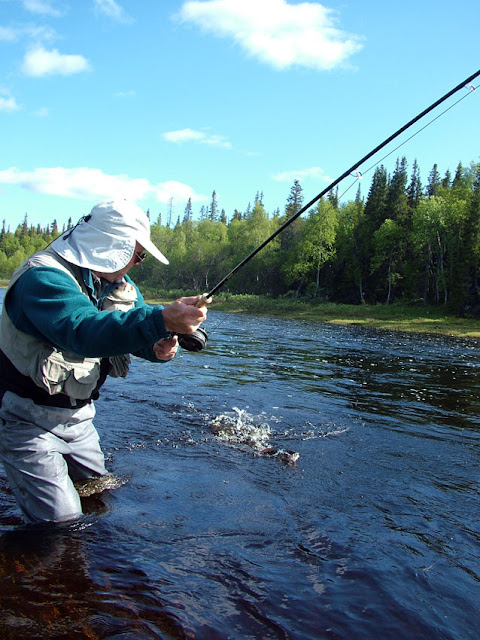 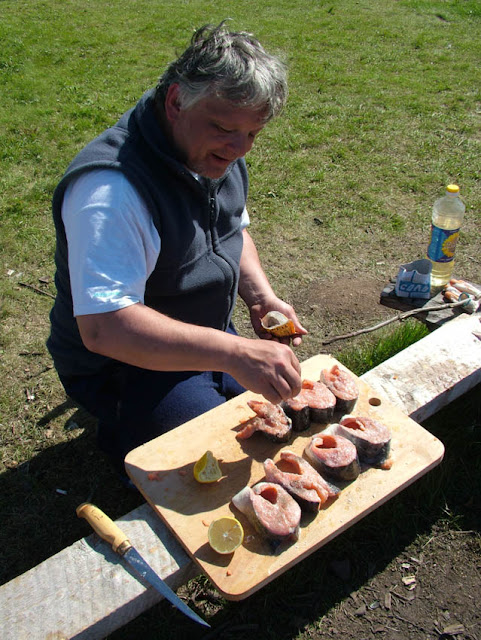 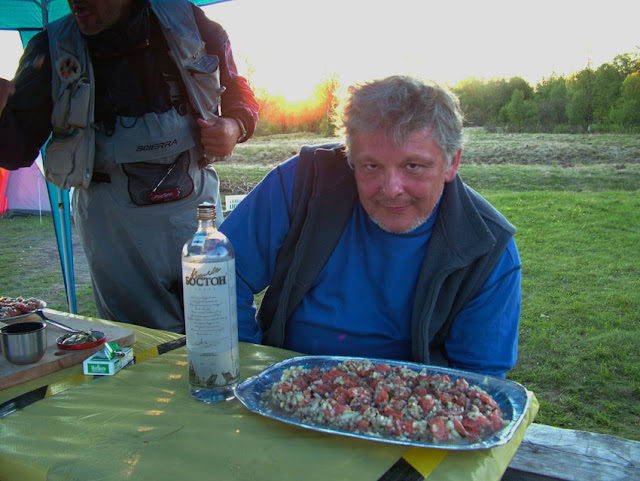 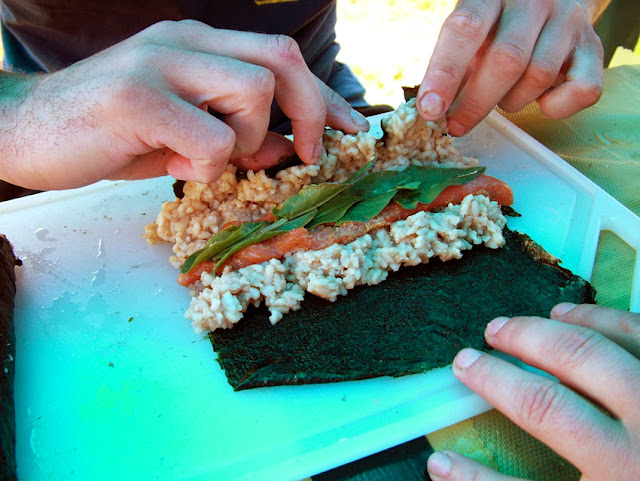 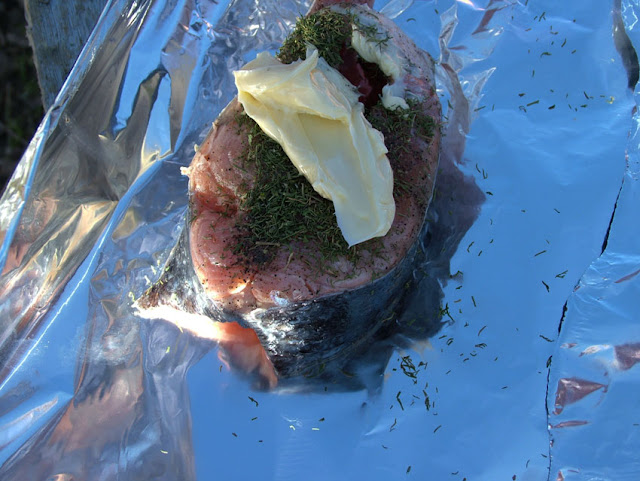 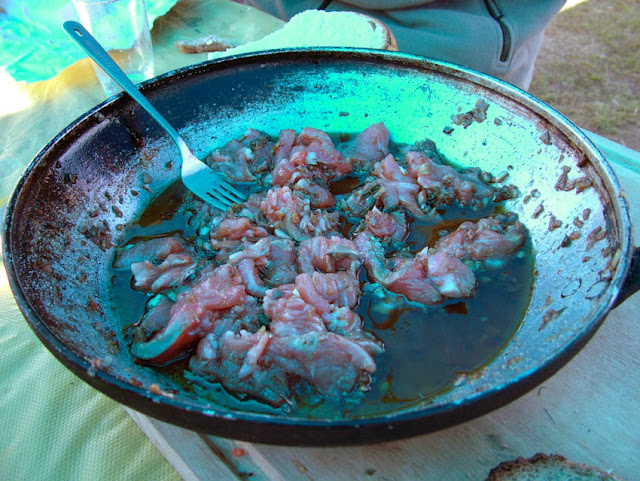