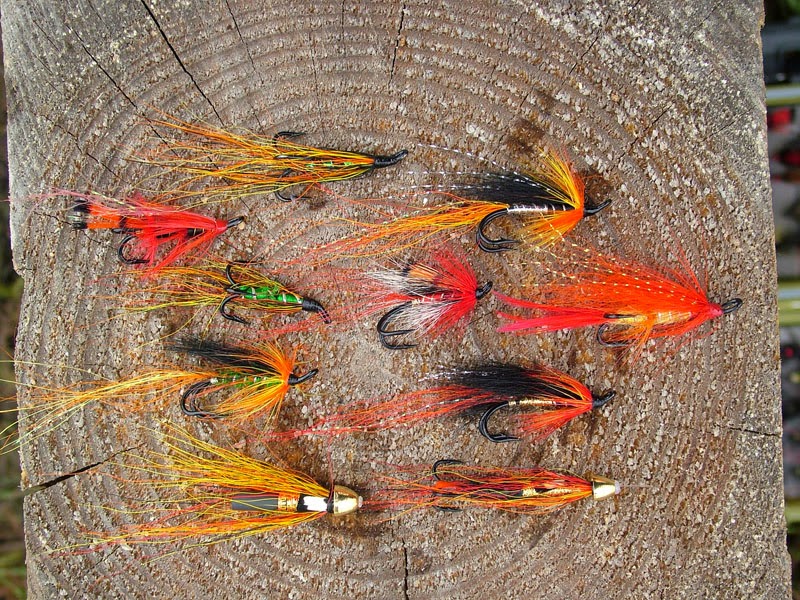 
Salmon fishing season  on rivers Chavanga, Strelna and Varzuga begins in May. This period is characterized by high water levels in rivers, cold water and big quantity  of fish. With the increase of water temperature of 6-8 C   salmon becomes active and reacts to artificial flies. Therefore, for many anglers last May - first June weeks are the best start to the season.

The problem is that spring comes every time another. Therefore, the situation on the river almost never repeated. Keep in mind that the simplest combination of temperature and water level is complicated because we have to take into account a host of other factors. One of the most important is the dynamics of these factors. For example, the high temperature of 18-20 degrees is not a threat to the activity of the fish. But if the temperature is increased in a few days, then it will lead to a significant decrease in activity.

This is the case in the spring, a sharp change in transparency, water level and temperature decreases   fish activity. A very important factor is the state of the rivers in the winter. Especially dangerous are  hard frost  and  freezing of the  rivers. Drastically reduces the number of suitable sites for salmon. A considerable part of the fish may die under the ice.. The transition from winter to spring is often strongly influenced on    spring fishing. The rapid melting of snow and ice leads to a very intense lifting and movement of water and  ice. Traffic jams of ice, which is deprived of the salmon sites. Part of the fish is killed by  stormy spring break.

For these reasons, the behavior of salmon in the new season may significantly differ from the picture that we remember from last year. The fish can be different in temperament, others positions  in the river, and a completely different reaction to our flies. Therefore, our last year's technique, fly, which we had placed so much hope, work is not as good as last year. Every year we have to try to understand what has changed in the river, what factors were decisive for the behavior of salmon. Then we have a chance to choose the right tactics for fishing, identify promising places to find the best equipment and gear.

The main problem that we face in the spring - is a high water level. In a large volume of water is difficult to navigate and find parking salmon. The river changes its nature, salmon chooses way to go up the river and places to stay  that are not obvious to us  .  Most often we have to use tackles  that   can bring  our  fly closer to the bottom. Here there are four choices,1.  use a heavy line (leader) and a heavy fly -.2.  use only   heavy line,3.  use a heavy fly on a floating line 4.  and use special techniques presentations that allow you to omit the fly sink. The correct choice between these options or the right combination determines the success of catching salmon. Given my own experience, I would suggest using a normal fly on a sinking line for use in such areas of the river where we can not confidently know   where salmons are staying.  . In this case, we have to present the fly over a wide area. This option is suitable for fishing on the broad reach, it allows you to quickly test a large area. Sometimes we find a good place in which salmon attack one after the other. With high water levels cause accumulation of fish in a certain place is not clear to us. But in the summer, we often find in this place - for example - a few individual stones that served as a hiding place for salmon in the spring.  If we know in advance about the existence of such anomalies at the bottom, we can greatly narrow down your search and do not waste time fishing in unpromising places of the river. This is the right place to apply the floating line  and heavy flies. Floating line  facilitates casting and management of fly, and weight allows it to fly down towards the bottom. In this situation, we do not need to check   large area, we can focus on fishing in a particular location. If we can apply the casting upstream or casting slack line, we will be able to   deep  the fly to the desired location. Mending of varying intensity is very useful  to achieve the same goal. If you use the   upstream  mending  - fly reduces the speed downstream and an added opportunity to dive deeper. If we do Mending downstream, we make fly to move  across with increasing speed. This technique can cause salmon, but more often it is suitable for the first version, in which we have to handle a large area.

Fishing at the  very deep places , large depth, big volume of the water,  the main stream,
under rapids holes , deep plum.
Bottom  fishing by fast sinking line and large  heavy flies.
Flies -  2-inch copper tubes, Waddington and other heavy body, wing length  up to 10-12cm.
Colors are mostly bright, contrast, in the wing of a combination of red, yellow, black with
bright elements on the body flies.

Location 2
Slow, not a very deep pools, clamps along the river, small holes where salmon stays for rest.
Fishing near   the bottom,  sinking line  and flies   0.75-1.5 inch brass tubes, Waddington
and other bodies  are not very heavy, wing length up to 8 cm.
Bright enough,   wing -  combination of red, yellow, green, black.

The very beginning of the summer, the water is still high and cold, but becomes
brighter
and the level falls.  First weeks of June.

Slow, not a very deep pools, clamps along the river, small holes, fishing near   the bottom,
sinking line.
Flies   0.75-1-inch brass tube, Waddington and others not the heavy  carriers  and single
hooks № 2-4, wing length up to  6 cm.
The wing is dark, but with bright elements, too bright elements on the body flies.

In a  slow, not deep water we use  undersurface  fly on a intermediate line.

Finally, we have the opportunity to introduce you to the new salmon fishing season on
the south coast of the Kola Peninsula. Season this year we started from May 15.
This is the usual time for the opening of the season. Set of salmon that entered the
river in the fall, going on reaches and wait out the winter. Last week of May and
beginning of June, considered to be one of the best periods for catching salmon.

By autumn fish joins salmon that come into the river immediately after the ice melted.
Winter fish differs from the presence of spring lilac shade on the skin of the back and
a few more lean body. Often you can see small wounds and lesions on the skin of salmon,
which had to stand in the river all winter. Interestingly, in May on the fly caught salmon
are not the biggest. Welterweight winter fish is 2.5 - 3.5 kg. Although the fall in river
salmon come in 8 kg weight. Apparently, large salmon quickly lose their
aggressiveness in freshwater rivers. This can be seen in August, when the activity
of the fish increases and large salmon are back on the hook. Salmon that come into the
river after an ice drift in May differ decent size and reach 3-4 kg. Of particular interest
is catching large males, which appear in the river in early June. They reach 5-5.5 kg weight
and 78-82 centimeters in length.

Change in water level and temperature significantly affect the behavior of salmon.
Increased transparency of the water increases the activity of fish. Lowering the water
level and
temperature rise leads to passivity autumn fish, but increases the activity of marine
salmon that increase
their numbers in the river.
In general, spring salmon fishing is characterized by the following positive features:

To the negative points are:

1. Unpredictable water levels
2. Reduction comfortable fishing seats due to the high water level.
3. Rapid change of water temperature and the activity of salmon

Therefore, in each period on the river, we have to adapt to a mixture of salmon that
entered the river at different times, have different activity, occupy different places
and require different techniques of fishing. 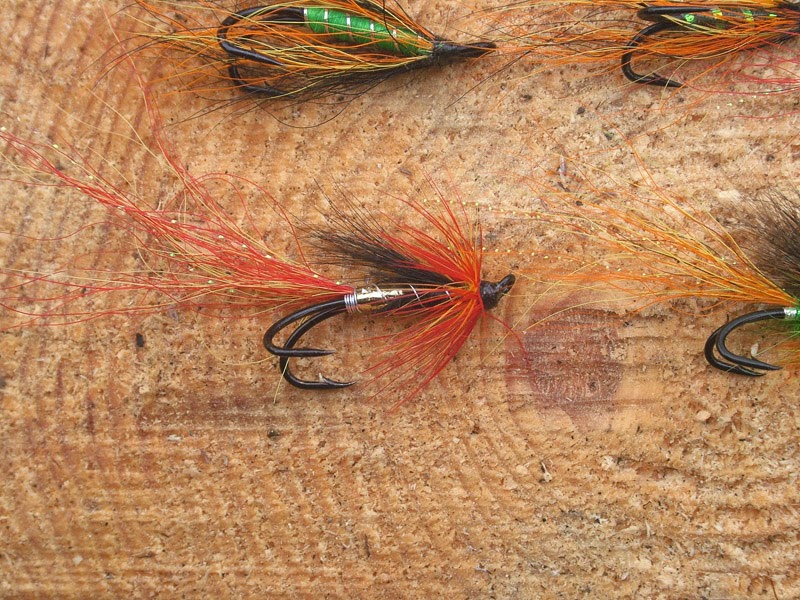 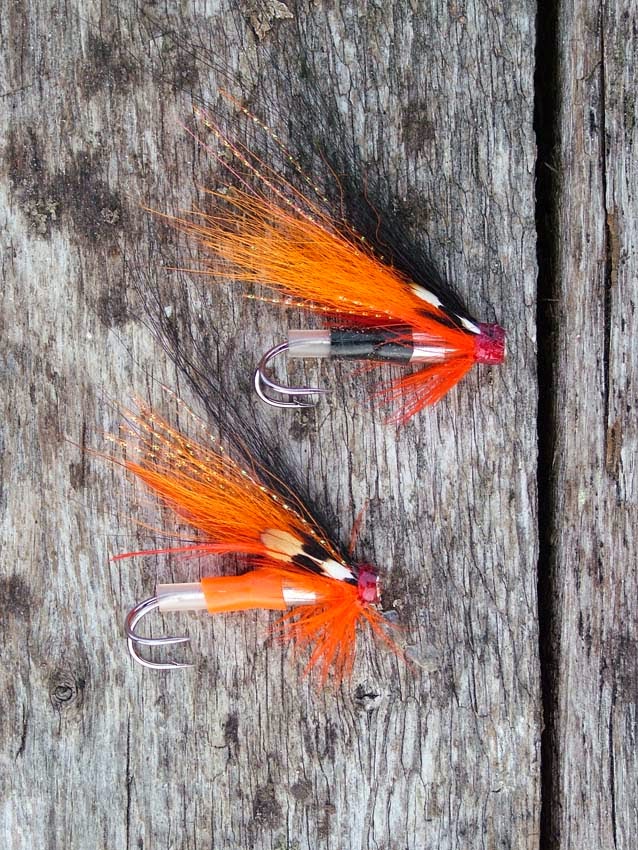 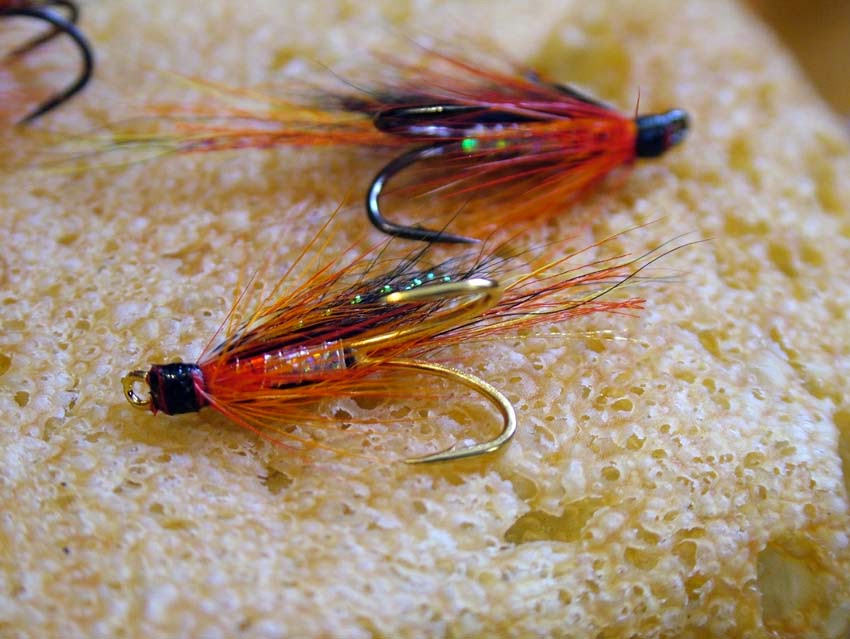 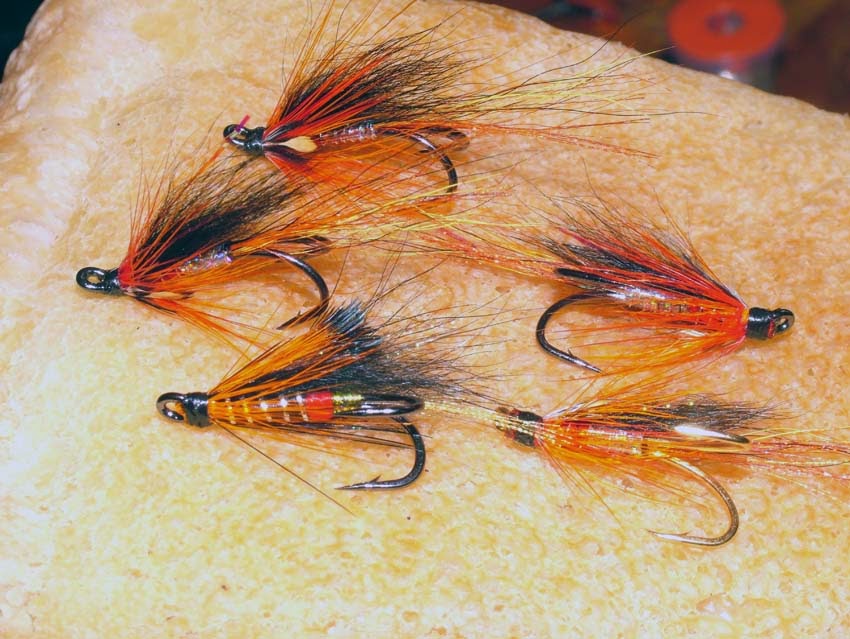 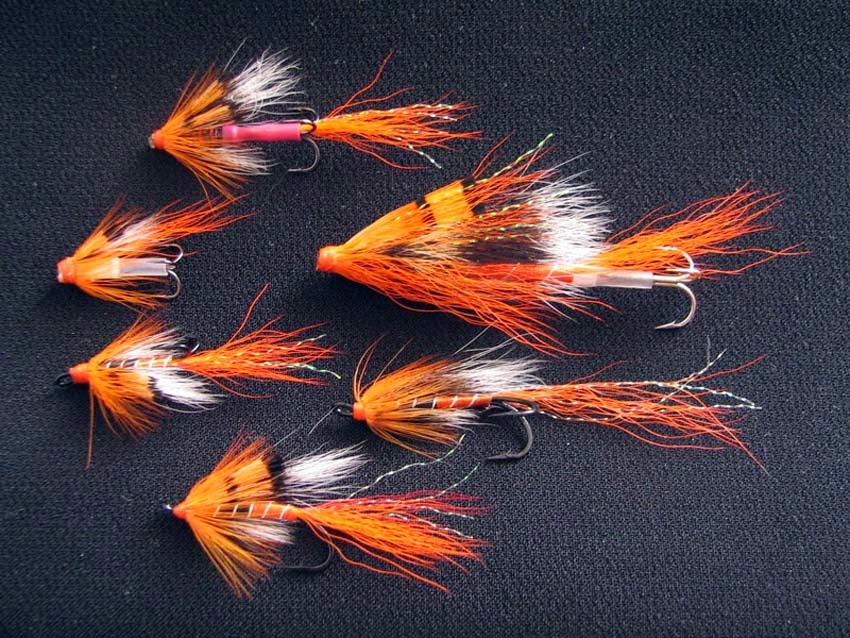 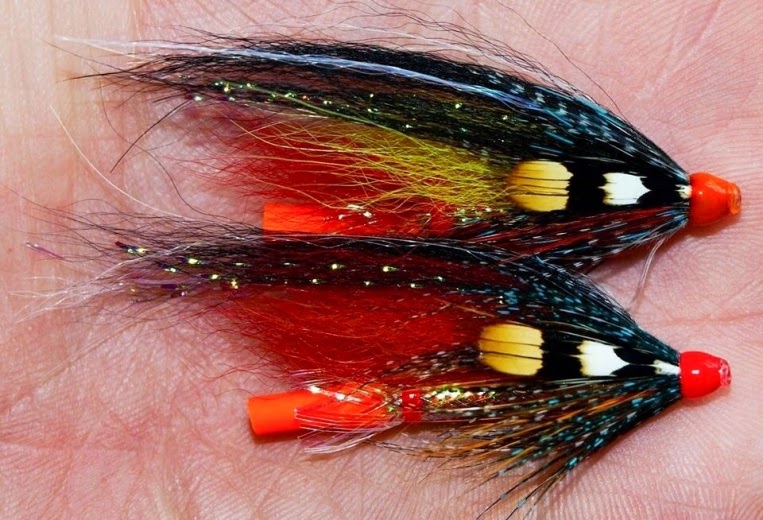 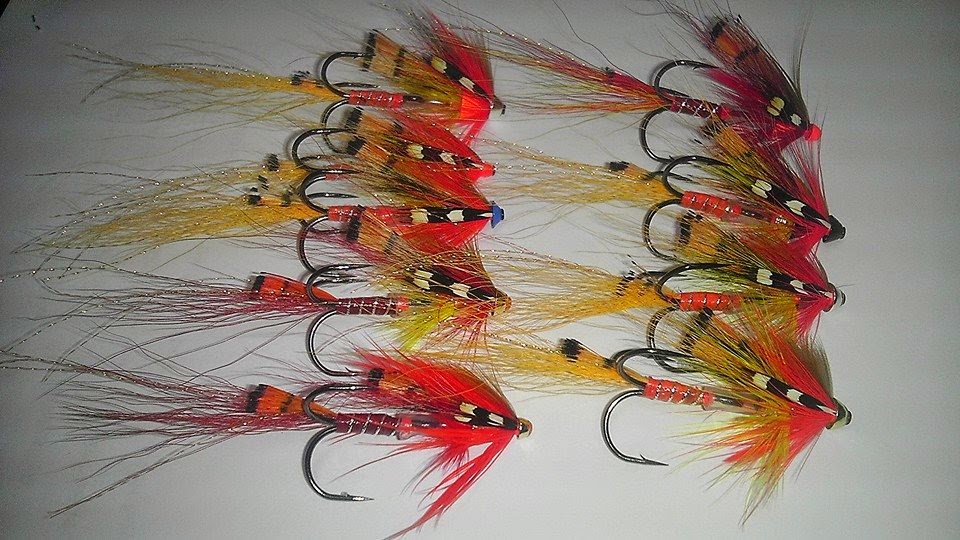 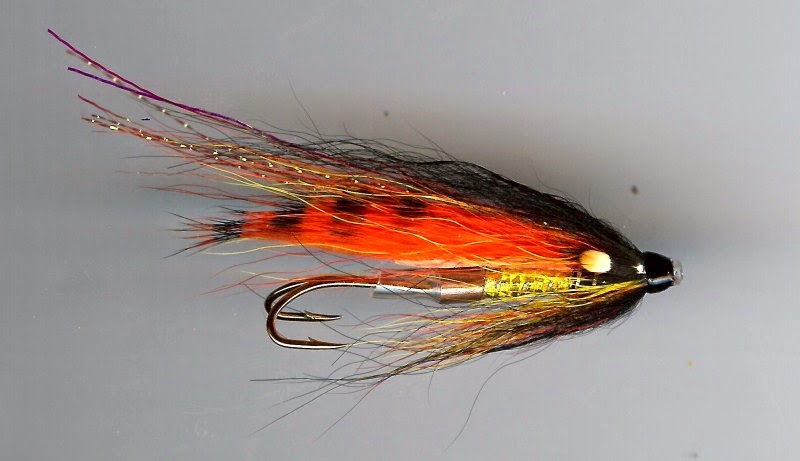